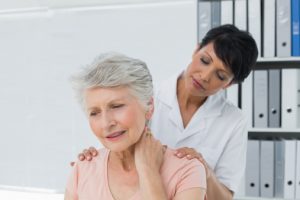 Temporal arteritis, also known as giant cell arteritis or GCA, is a rare autoimmune disease, but for the roughly 500,000 Americans who currently suffer from it, the condition can be further aggravated by its relation to another immune disorder.

In the majority of cases, giant cell arteritis occurs in the arteries around the temples that branch off from the carotid artery, which is in the neck. There are cases where the disorder can occur in the arteries in other parts of the body.

Who gets temporal arteritis and polymyalgia rheumatica?

Records show that people over 50 are most affected by these diseases. The average age of polymyalgia rheumatica and giant cell arteritis patients is 70. We also know that the disease is more common in women and Caucasians.

How are polymyalgia rheumatica and giant cell arteritis related? 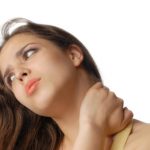 When giant cell arteritis goes undiagnosed or untreated, it can cause other problems, including stroke and even permanent vision loss. This is why it is so important that doctors look for symptoms of giant cell arteritis in any patients who have already been diagnosed with polymyalgia rheumatica. Patients themselves are encouraged to pay close attention to any new symptoms that appear. Early detection and treatment can be crucial when it comes to preventing serious complications.

There are cases where people with GCA end up having a negative biopsy. Sometimes people who continue to show the typical symptoms of the disease, such as severe headaches, double vision, vision loss, dizziness, jaw pain, chest pain and persistent sore throat, will undergo a second biopsy.

A diagnosis of polymyalgia rheumatica is often based on medical history and symptoms. These symptoms could include aches or pains in the shoulders, stiffness in affected areas and limited range of motion in affected areas.

Some doctors will use lab tests to help them confirm what they suspect. For example, the most common test is an elevated erythrocyte sedimentation rate. It measures inflammation. An abnormal result shows tissue is inflamed, which can be a symptom for other disorders, including arthritis, so additional tests also have to be performed. To a large extent doctors will rule out other diseases, such as rheumatoid arthritis, before coming to a conclusion. 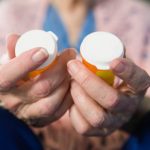 In the majority of cases both temporal arteritis and polymyalgia rheumatica are treated with corticosteroid medications, such as prednisone. For many years this type of treatment has shown to be the most affective at controlling the unpleasant symptoms associated with these two immune disorders. The corticosteroid medications allow most patients to enter into what is referred to as “clinical remission”. The downside is that some patient’s symptoms relapse when they decrease their medication.

Also, corticosteroid medications can have side effects, including fluid retention, weight gain, increased blood pressure, stomach irritation and an increase in infections. It is important to notify a doctor if any side effects arise.

When patients pay close attention to their symptoms and receive proper treatment, whether they have temporal arteritis, polymyalgia rheumatica or both, they can have a normal life span. The diseases can be controlled with guidance from qualified doctors. The success of treatment is really dependent on a prompt diagnosis along with regular follow-ups to make sure treatment side effects are minimized.

Preventing arthritis in hands with exercise and natural remedies