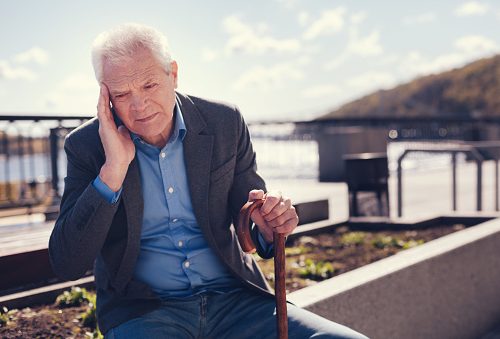 Giant cell or temporal arteritis is the most common type of vasculitis disorder and is characterized by inflammation of the lining of the arteries, particularly of temple arteries found in the head. The condition often results in headaches, scalp tenderness, jaw pain, and vision problems. If the condition is not properly treated in time, blindness or even stroke development may occur.

Study author Don Gilden said, “Our analysis, which is the largest to-date, provides compelling evidence that the virus also reactivates in people over 60 in another way, triggering giant cell arteritis.”

Giant cell arteritis is the most common blood vessel inflammation in seniors, affecting nearly 29 out of 100,000 people.

Varicella-zoster virus – herpes virus – was found in 74 percent of biopsies from the giant cell arteritis group and eight percent in the group without the condition.

In a corresponding editorial, Peter Kennedy wrote, “If the association in this landmark study can be replicated in other studies, clinical trials should focus on treating people with giant cell arteritis with a combination of the current steroid drugs used for the condition, plus antiviral treatment for the virus.”

Giant cell arteritis is currently estimated to occur in 0.5 to 27 cases per 100,000 people aged 50 or older, with a higher incidence occurring in northern areas of the United States. The annual incidence in northern European countries has found that more than 20 cases per 100,000 people aged 50 or older. However, countries with lower life expectancies often see lower prevalence rates.

The exact cause of giant cell arteritis is unknown, but researchers believe it is linked to the body’s autoimmune response. Furthermore, excessive dosages of antibiotics and certain severe infections have been noted to contribute to giant cell arteritis. Prevention is difficult because the exact cause is unknown. But once arteritis is detected, treatment can aid in reducing complications associated with the condition.

Symptoms of giant cell arteritis include:

Lastly, having a condition known as polymyalgia rheumatica or having a family history of giant cell arteritis also increases the risk of developing the condition.

As mentioned, prevention for giant cell arteritis isn’t possible as researchers and doctors are still unaware of its cause. There are things you can do though to better manage the condition. The following tips can help cope with side effects from treatment medications and aid with symptoms.

Giant cell arteritis diagnosis will typically begin with the recognition of symptoms. However, this initial step may be difficult as early symptoms can be difficult to spot.

One of the first steps is to perform a physical exam, which will focus on the temporal arteries of the head. These arteries may feel tender to the touch and have a reduced pulse.

The following are additional tests that may be ordered to confirm giant cell arteritis:

The best form of treatment for giant cell arteritis is the prescription of corticosteroids. A common corticosteroid used in treatment is known as prednisolone, which may first be injected and later prescribed in tablets. Prednisolone may be taken for up to two years in order to eliminate and manage symptoms. Even though symptoms may disappear after a few days of taking the medications, it’s important that you follow through with the treatment as the symptoms may reappear.

Other medications that may be prescribed are low-dose aspirin and immunosuppressants. As mentioned, regular follow-ups should be made with your doctor to prevent complications related to giant cell arteritis and to make any necessary changes to your medication. You should never stop taking a medication unless instructed otherwise by your health care provider.

Symptom improvement and overall recovery is expected with prompt and adequate therapy of giant cell arteritis within just a couple of days of treatment. Early recognition and the prompt use of treatment in recent years has led to a reduced rate of neuro-ophthalmologic complications to the point that blindness is now a rare complication of this condition.

Those who do not seek treatment in a timely fashion, living with untreated giant cell arteritis, have an extremely poor prognosis. It is possible for these patients to suffer from irreversible blindness or even death from myocardial infarction, stroke, or dissection aortic aneurysm.

What is vasospasm? Types, causes, symptoms, diagnosis, and treatment