Prostate Cancer 2016 update: We have compiled a list of our top news stories regarding prostate cancer and other related health problems including metastatic prostate cancer, Alzheimer’s disease, heart failure and heart attack. Prostate cancer may affect these other conditions or become affected by them and so it’s important to keep yourself informed on how they all relate.

In the last decade metastatic prostate cases have climbed 72 percent and the upward trend could be a result of fewer men being screened for it. Study author Dr. Edward Schaeffer said, ““One hypothesis is the disease has become more aggressive, regardless of the change in screening. The other idea is since screening guidelines have become more lax, when men do get diagnosed, it’s at a more advanced stage of disease. Probably both are true. We don’t know for sure but this is the focus of our current work.”

Below we have our top stories to not only keep you informed about prostate cancer but to also reveal ways to help lower your risk, too. 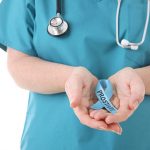 Lead author Dr. Kevin T. Nead said, “We wanted to contribute to the discussion regarding the relative risks and benefits of ADT, and no one had yet looked at the association between ADT and Alzheimer’s disease. Based on the results of our study, an increased risk of Alzheimer’s disease is a potential adverse effect of ADT, but further research is needed before considering changes to clinical practice.”

Androgens are hormones that stimulate the prostate cells to grow. Therapies that suppress androgens are often used to target prostate tumors. In the U.S., nearly half a million men are on ADT.
Reducing androgen activity can lead to adverse effects, as the study pointed out it can contribute to obesity, diabetes, impotence, high blood pressure, depression, and heart disease. Recent findings have also uncovered that low testosterone could contribute to cognitive decline. Males with Alzheimer’s disease are often found to have low testosterone, compared to men without Alzheimer’s disease.

The researchers evaluated two sets of medical data from the Stanford health system and Mount Sinai Hospital in New York City, involving 1.8 million patients from the former and 3.7 million from the latter. Continue reading… 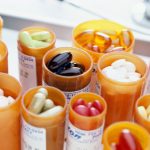 A recent study published in BJU International states that certain prostate cancer medications can increase the risk of heart-related deaths in men with congestive heart failure or prior heart attacks.

Their analysis is based on an exhaustive study wherein the researchers conducted a detailed analysis lasting close to five years on 5,077 men with prostate cancer. The participants were divided into two groups. The first group (1523 participants) comprised of men who received ADT between 1997 and 2006. The second group of men (3554 participants) did not receive ADT.

After following the participants for 4.8 years, the researchers found no link between ADT and heart-related deaths in men with no cardiac risk factors, diabetes, or hypertension.

However, in men had earlier heart attacks or were diagnosed with congestive heart failure, ADT the risk of heart-related deaths went up by 3.3 times. Continue reading… 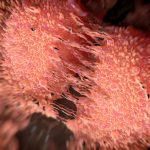 Prostate cancer patients on active surveillance may have metastasis.Metastasis is a term used to describe the spread of cancer to another part of the body. Prostate cancer, specifically, can spread to the bones as well as the liver or the lungs. Spreading to the brain, on the other hand, is rare for prostate cancer.

Metastatic prostate cancer is an advanced form, and although there is no cure it can be treated and managed. The goals of treatment include managing symptoms, slowing the rate of cancer growth, and shrinking the tumor.

Sometimes, prostate cancer is locally advanced, meaning it has spread only to a nearby tissue. This is different from metastatic cancer, which is only when the cancer spreads to a different part of the body.

When prostate cancer metastasizes, the cancer cells break away from the original tumor, move through the blood or lymph nodes, and begin to circulate in the body. These cells then break through the blood vessels and latch onto tissue where they begin to multiply and grow. 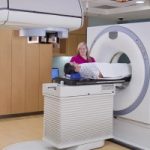 With the average follow-up time of 12 years, 6,673 men were diagnosed with prostate cancer and 961 died from the disease. Men with high blood pressure and high body mass index (BMI) were at 36 and 62 percent higher risk, respectively, for prostate cancer-related mortality. Furthermore, men with higher metabolic factor scores also had a higher risk of dying from prostate cancer. 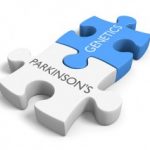