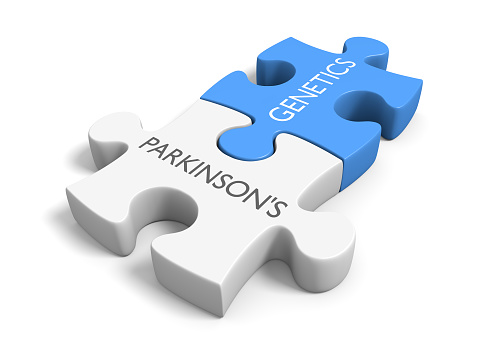 Dr. Walter A. Rocca wrote in an accompany editorial, “Clinically, it is important to explain to patients with PD and their family members that the genetic predisposition to PD is restricted to patients with younger onset of symptoms. In addition, within the few families with a genetic predisposition to PD, family members may experience a wide range of clinical manifestations, not simply PD. Knowledge of this clustering of disease within families may also guide preventive interventions (such as particular screening tests) for family members of patients with PD, who may be at particularly high risk.”

“If the mechanisms are primarily genetic, as suggested by the Utah study, then it may be possible to identify genetic variants that predispose to accelerated neurodegeneration and to increased oncogenesis in the same individual or among members of some particular families. However, if PD is multifactorial at the individual level, dimorphic in men and women, and heterogeneous at the population level, the search for one or several genetic variants may not be productive,” Dr. Rocca explained.


Prostate cancer cause may be linked to Parkinson’s disease through a common enzyme: Study

The role of individual genes that trigger prostate cancer onset is yet to be fully understood. Researchers have undertaken to explore an enzyme that regulates prostate cancer formation in order to develop effective preventative strategies. Sirtuin enzymes have been associated with neurodegeneration, obesity, heart disease, and cancer. The research revealed the loss of one of sirtuin (SIRT1) prompts the formation of prostate cancer in mice models.

Researcher Dr. Richard Pestell said, “Using genetic deletion, we found that SIRT1 normally restrains prostatic intraepithelial neoplasia [prostate cancer] in animals. Therefore, too little SIRT1 may be involved in the cellular processes that start human prostate cancer… As we had shown that gene therapy-based re-expression of SIRT1 can block human prostate cancer tumor growth, and SIRT1 is an enzyme which can be targeted, this may be an important new target for prostate cancer prevention.”

The researchers created a mouse model that lacked SIRT1 and found that the mice were more likely to develop prostate cancer.

The next logical step in this line of research is to determine whether the processes at work in SIRT1-defficient mice carry the same significance for the development of prostate cancer in humans.

Vitiligo may predict immunotherapy response in melanoma patients. In 2014, a male patient noticed a lump under his armpit. When he pressed the lump, it caused a bruise down his side along with severe pain. The male patient was diagnosed with stage four melanoma. Continue reading…