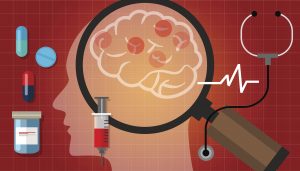 Researchers have found that nerve pathways in the gut and the brain may be linked to multiple sclerosis and Parkinson’s disease. Dr. Anton Emmanuel explained, “The gut and brain share the same nerve chemistry and have a dialogue. That’s why when you feel stress and other strong emotions, such as fear, it leads to gastrointestinal symptoms, like rushing to the [bathroom].”

The study suggests that an unhealthy gut can trigger the onset of brain disease as the signals from brain to gut can also travel in the opposite direction – from gut to brain. The findings of the study were published in the journal Movement Disorders where researchers found that Parkinson’s disease sufferers have a higher prevalence of small intestinal bacterial overgrowth (SIBO).

The researchers suggest the bacteria produce toxic chemicals affecting the nerves in the gut and this way causing damage to the brain. This can bring about the onset of multiple sclerosis or Parkinson’s disease.

Dr. Emmanuel said, “We now think that neurological diseases such as MS and Parkinson’s are linked to the gut being more leaky, permitting pathogens into the bloodstream and causing an antibody response. Either the pathogens, directly, or the immune response, indirectly, may damage nerve tissue.”

Researchers are now exploring bacterial genomes that can help identify the bacteria so that doctors can specifically treat it as a means of preventing Parkinson’s disease and multiple sclerosis. 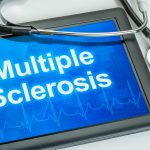 Direct and indirect costs resulting from multiple sclerosis can range from $8,528 to $54,244.

Signs and symptoms of multiple sclerosis include numbness or weakness in one or more limbs, partial or complete vision loss, prolonged double vision, tingling or pain, electric-shock sensations, tremors and lack of coordination, fatigue, dizziness, slurred speech, and problems with bowel and bladder function.

As you can see, Parkinson’s disease and multiple sclerosis do have some symptoms in common, which can make early diagnosis difficult. 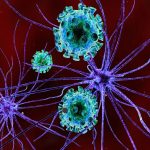 When certain nerve cells in the brain begin to die or break down that is what causes Parkinson’s disease, but why this occurs is unclear. Some factors that contribute to nerve cell death include genetics as specific gene mutations have been identified to contribute to Parkinson’s disease, environmental factors such as exposure to certain toxins, the presence of Lewy bodies in the brain as well as alpha-synuclein found in Lewy bodies. 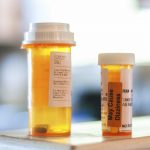 Treatment for multiple sclerosis is lifelong, and although it cannot cure the condition, it aims to minimize symptoms and allow the patients to live as normal of a life as possible. Some treatment methods include corticosteroids and plasma exchange, beta interferons, Glatiramer acetate, Dimethyl fumarate, Fingolimod, Teriflunomide, Natalizumab, Alemtuzumab, and Mitoxantrone, which all help to reduce the likelihood of relapses.

There is no cure for Parkinson’s disease as well, but treatments are available to manage the symptoms and slow down the disease progression as much as possible. Alongside traditional treatments, supportive therapies are also used to improve different aspects of a person’s health.

Surgery is also a treatment option for Parkinson’s disease and is best suited for those who had a good response to levodopa, but still have difficulties with movement or who experience large fluctuations in their levodopa levels.

Supportive therapies for Parkinson’s disease include physical therapy to improve movement, occupational therapy, speech and language therapy, and diet modifications such as increasing fiber and salt intake, eating frequently but in smaller portions, and adjusting the diet to prevent unintentionally weight loss.

You can work closely with your doctor to create a specific treatment plan for you.