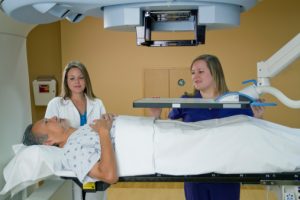 Prostate cancer is the most common cancer among men – roughly one in seven men will develop it in their lifetime. The prostate is roughly the size of a walnut and is a gland that sits below a man’s bladder, near the base of the penis. Its role is to ensure that sperm survives when traveling through a woman’s vaginal tract. The prostate is successful in doing this because is produces a slightly alkaline fluid that protects the sperm from acid as it makes its way to a woman’s egg.

8 factors that increase the risk of prostate cancer

The odds of a man developing prostate cancer increase if he has a brother or father who developed it, according to findings published in the journal Urology. Genes may be to blame, just as other conditions like heart disease also tend to be hereditary or run in families.

In a study published in BJU International, researchers found that men who frequently masturbated in their 20s, 30s and 40s were at a higher risk of developing prostate cancer. The researchers noted that elevated testosterone may be to blame, along with a high libido.

Furthermore, fat that is stored around the midsection can stimulate hormones that promote the spread of cancer.

A review from Harvard Medical School suggests that moderated exercise can work to lower the risk of prostate cancer, while minimal exercise was shown to increase it. Exercise boosts the immune system, which is the body’s number one defense against illness. If your physical activity is currently low, it may be a good idea to boost it up. The researchers noted that you don’t have to exercise excessively to get optimal results.

A study by researchers at Harvard Medical School found that men who underwent a vasectomy had a 10 percent increase in their risk of developing prostate cancer. They suggested that the younger the man who received the vasectomy, the higher their risk was. It is important to note that researchers at the American Urology Association have some issues with Harvard’s conclusion, so this area of study is still ongoing.

The link between alcohol consumption and health has been well debated. Some research suggests that moderate alcohol consumption is beneficial to heart health but little is known about alcohol consumption and cancer. Heavy drinking – classified as four or more drinks five times a week – has been shown to increase the risk of aggressive forms of prostate cancer. The exact amount that is safe for consumption when it comes to alcohol risk is still unclear, so it’s important to stick with the notion that less is more and follow recommended guidelines.

Shift work does not increase risk of prostate cancer

If you have these symptoms, get your prostate checked