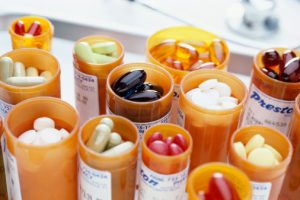 A recent study published in BJU International states that certain prostate cancer medications can increase the risk of heart-related deaths in men with congestive heart failure or prior heart attacks.

Their analysis is based on an exhaustive study wherein the researchers conducted a detailed analysis lasting close to five years on 5,077 men with prostate cancer. The participants were divided into two groups. The first group (1523 participants) comprised of men who received ADT between 1997 and 2006. The second group of men (3554 participants) did not receive ADT.

After following the participants for 4.8 years, the researchers found no link between ADT and heart-related deaths in men with no cardiac risk factors, diabetes, or hypertension.

However, in men had earlier heart attacks or were diagnosed with congestive heart failure, ADT the risk of heart-related deaths went up by 3.3 times.

However, Dr. Nguyen notes that as the results of the study must be carefully weighed against larger controlled trials that have demonstrated the benefits of ADT. The reason for his caution is because the study was a retrospective one.
He further adds that for men with low risk prostate disease and significant heart problems, ADT should be avoided. However, for men where the prostate condition has reached a high-risk stage and the prostate-cancer benefits of ADT will most likely outweigh potential cardiac harms, ADT should be given, and the patient should be observed closely from a cardiac perspective by a cardiologist. The results of this study match another study (published in the International Journal of Radiation Oncology*Biology*Physics ) which concluded that adding hormone therapy to high-risk prostate cancer treated with radiation therapy may increase the risk of cardiac deaths in men with a history of congestive heart failure or heart attack.

Treatment options for men with early-stage prostate cancer include active surveillance where close monitoring is done to see if the cancer deteriorates. If the cancer worsens, the surveillance is replaced by radiation, and sometimes even surgery.

In certain patients where the risk of cancer recurrence is high, radiation therapy may be combined with hormone therapy, ADT. The goal of ADT is to reduce the exposure of the cancer cells to testosterone and thereby retard cancer growth.

Studies prove that addition of ADT to radiation therapy can improve treatment outcomes in men with early-stage, intermediate- or high-risk prostate cancer. However, ADT comes with its share of risks and some men may be more prone to the risks than others.

The researchers conducted a study to determine why a history of heart problems affects hormone therapy outcomes. For the study the researchers used 1,378 men with early prostate cancer treated with radiation therapy. All the participants in the study had a history of either congestive heart failure or heart attack. And 593 participants received both hormone therapy and radiation therapy.

The team believes these results are enough to conclude that that for men with a history of congestive heart failure or heart attack, the addition of ADT to radiation therapy may result in worse survival than radiation therapy alone, even when the cancer is high-risk.

The team also hopes their study will help doctors and patients to be aware of the risks associated with combined therapy and also help them weigh the benefits and risks of the drugs, before making a decision about treatment for prostate cancer.