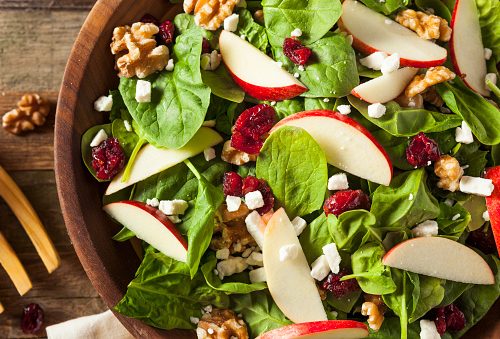 Being pregnant can a joyous time in a woman’s life, but it comes with a lot of responsibility—women have to refrain from drinking alcohol and not perform excessively strenuous tasks. One aspect of pregnancy that not many women pay much attention to is diet, as we all know that what a pregnant woman wants to eat, she will most likely get.

However, a new study has shown that a mother’s diet during pregnancy, particularly one that is high in fat, can increase their offspring’s risk for diseases later in life, such as diabetes. But there’s good news: it can be reversed by switching your baby to a low-fat diet.

Researchers from the University of Illinois have been studying how early-life nutrition affects later generations and offspring health. Their research investigated whether a post-weaning diet or diet later in life could control epigenome and metabolic processes in the body.

It was found that switching the offspring’s diet to one that is low in fat could reverse the effects of the pregnant mother’s high-fat diet.

The term epigenetics refers to heritable changes in gene expression that do not involve changes to the underlying DNA sequence. A person’s epigenome can be reversed based on what you eat, whether you exercise, and even where you live.

“Traditional genetics says that you inherit a sequence from your parents. Epigenetics says you can inherit these other changes to the DNA, as well. This is where the whole maternal programming of metabolism—the epigenome—comes into play. We wanted to show these changes are easily altered, even after this critical period. You can still change that epigenome later in life,” said Laura Moody, a doctoral student in the Division of Nutritional who worked on the study.

The study in question looked at rats exposed to a high-fat diet during gestation and lactation. They then weaned them off by introducing them to a low-fat diet. To get a better idea of what metabolic changes occurred in these rodents, whole genome sequencing was done, focusing on gene expression of the liver.

A particular physiological change, called DNA methylation, was looked at in the livers of the rat subjects. This was important to the researchers, as this process of adding a methyl group to DNA signifies a change in the way genes are transcribed, affecting gene expression.

“The early-life environment will mark your epigenome in a certain way so that you may develop certain phenotypes or disease states. Our study shows that after that early programming state, after weaning, and after the lactation period, when we introduced a new type of diet it changed the epigenome in a way that actually affects metabolism and potentially will reduce some of the damage caused by an early-life high-fat exposure,” said Yuan-Xiang Pan, a professor in the Department of Food Science and Human Nutrition at U of Illinois.

The team’s goal is to continue to identify potential molecular mechanisms involving early programming, allowing to better detect disease risk. Paying attention to diet, the environment, and stress can potentially minimize the risk of eventually developing a disease that may have been programmed by your parent’s epigenetics.