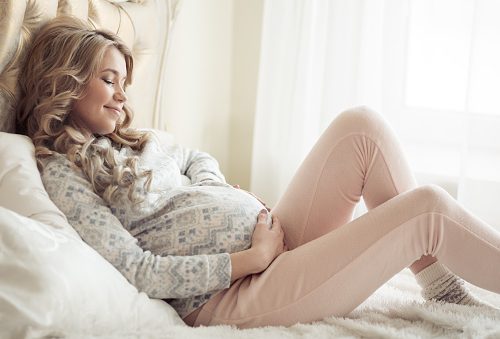 New research shows that consuming a high-fat diet while pregnant can result in mental health issues for babies later on.

Maintaining a healthy diet while pregnant is crucial for the continued health of the mother, an easier delivery, and the health of the growing fetus. A new study has found that consuming a high-fat diet while pregnant may cause depression and anxiety in the offspring later in life. The high-fat diet alters brain development in the fetus and also causes developmental issues in the endocrine system.

As the rates of obesity in first-world nations continue to grow, these findings create a real concern for the continued mental health of generations to come. In the United States, 64 percent of women in their prime reproductive ages are overweight and 35 percent are obese.

There has previously been observational research that correlated high-fat diets with mental health issues in offspring. A new study from the Division of Neuroscience at Oregon National Primate Research Center at OHSU is the first to actually show that high-fat diets during pregnancy cause long-lasting detriments to the mental health of the offspring.

The experiment was done using 65 female Japanese macaques, which are a nonhuman primate. They divided the macaques into two groups, a control group and the experimental group, who were fed a high-fat diet. They were then able to compare the development and behaviors of the 135 offspring from both groups combined. One of the major benefits of a study like this was that the researchers were able to control the participants’ diets in a way that would not be possible if they had used human subjects and were able to watch their offspring develop.

Both male and female offspring showed greater likelihood for anxiety when their mothers were fed a high-fat diet during gestation. “The study revealed behavioral changes in the offspring associated with impaired development of the central serotonin system in the brain.” More specifically, they found impaired development of neurons containing serotonin in these offspring. Even more worrisome is the finding that introducing a healthy diet to the macaques after their birth did not reverse the developmental damage done in the womb.

These findings show that, in terms of developing mental health issues, diet in pregnancy is just as important as biological predisposition for children. As shocking as these results may be, their implications are clear. It’s important to maintain a healthy diet for the physical and mental development of a fetus.

The researchers are adamant in saying that this research and its results are not focused on blaming mothers for deficiencies in their children. They hope to educate the general population. Increased awareness of these facts will help mothers make better choices in their diets during pregnancy, which will lead to better mental health in their children.