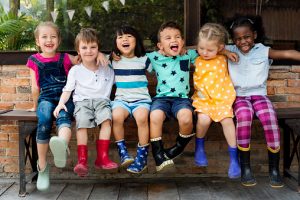 Researchers at the University of Würzburg continue the search for treatments of childhood dementia.

Childhood dementia, known medically as neuronal ceroid lipofuscinosis (NCL), is a disorder that children inherit from their parents. There are currently more than ten types known, which are all caused by different genetic mutations. To date, there are no treatments available for the disease and every type is fatal. “Initial symptoms include degeneration of sight followed by epileptic seizures, blindness, deafness, dementia and early death.” Approximately 50,000 children are affected worldwide, resulting in the disease being classified as a rare disorder.

A few years ago, the discovery was made at the University of Würzburg (JMU) that inflammation to the brain can aggravate the disease. Since their discovery, the researchers at (JMU) have been set on finding a treatment related to this inflammatory response. They have been testing out different treatments in drug trials with mice.

The drugs they have been testing are combinations of fingolimod and teriflunomide. These drugs are currently used to treat multiple sclerosis, which is the most common inflammatory disorder of the central nervous system. In every instance, the drugs have the effects of reducing the changes NCL makes to the brain. There is far less muscle twitching displayed after the drugs are given, and retina degradation is slowed and is less severe than without the administration of the treatment.

The new challenge for the researchers at JMU became researching whether these same effects took place in humans. Unsure if the inflammatory response they had first discovered in the mouse model of the disease even occurred in human patients of NCL, they set out to get more information. They did so by autopsying the brains of NCL patients, provided by the London Neurodegenerative Disease Brain Bank and Brains for Dementia Research.
The same inflammatory response was found in every patient they observed. The implications of this discovery opened up the possibility that the immunomodulating drug combinations they were testing on mice would also work on human patients.

One of the major hurdles in developing new drugs is getting funding from pharmaceutical companies, and the costs are extremely high. For NCL and other rare conditions, the number of patients is so low that most companies are simply not interested due to the financial costs of development weighed against the possibility of a return on that investment.

The results of this research offer a promising solution to this problem. The drugs are already in use in humans for multiple sclerosis and the side effects are known. Future clinical studies are needed before the treatment can move forward as a viable option, but the researchers at JMU are committed to the cause.