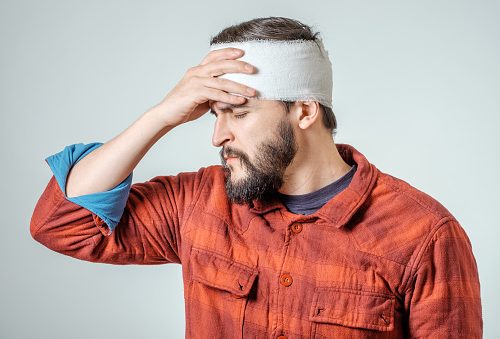 Young people tend to take more risks in life, especially when it comes to their safety and well-being. Speeding down highways, bungee jumping off bridges, and even skydiving all seem thrilling, but they also come with the risk of serious injury or death.

A new study from Finland has found a correlation with severe head injury, especially during middle age, and increased risk of developing dementia later in life.

Head injuries are a common occurrence

About 1.7 million Americans experience some sort of traumatic brain injury each year, often from falls, car accidents, and gun use. About one-in-three people who suffer from moderate to severe brain damage die from their injury.

The researchers followed people who have suffered a traumatic brain injury [TBI] at age 65 or younger to see if there would be any changes in the memory, thinking, or behavior over time.

Not only did the risk for dementia increase in traumatic brain injury patients, but the severity of the brain injury was seen to boost the risk of dementia development.

The study involved more than 40,000 adults between the ages of 18 and 65, all of which had been hospitalized with mild, moderate, or severe traumatic brain injuries between the years 1987 and 2014.

More than half the subjects had sustained a moderate to severe traumatic brain injury, being hospitalized for a minimum of three days and diagnosed with some sort of serious brain lesion.
The other half of the subjects, considered to only have a mild traumatic brain injury, were hospitalized for less than a day and had no evidence of a brain lesion.

Above average dementia risk was found in all study participants, however, those with moderate to severe TBI had a substantially higher risk in comparison.

“Even after [a] seemingly [full] recovery, there is an underlying elevated risk for dementia that probably won’t ever go away. Thus, until we have a specific treatment for this, it is extremely important to minimize other risk factors for dementia, such as high blood pressure, high levels of cholesterol, diabetes, tobacco smoking and alcohol consumption,” said Raj.

Related: A childhood head injury can haunt you years later