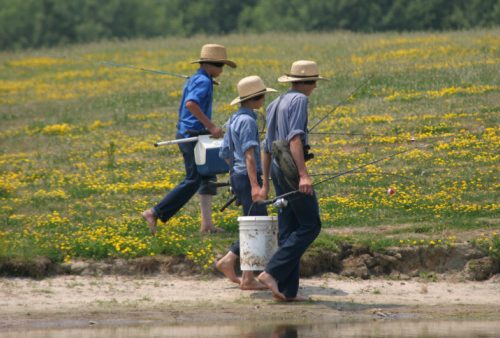 A recent study uncovered that the Amish may be harboring the secret to the fountain of youth, and it can be found deep within their genes.

The study uncovered that a genetic mutation among Amish living in Indiana not only protected them against type 2 diabetes, but promoted a longer life too. Furthermore, an experimental drug that mimics this genetic mutation is now being tested on humans, meaning that many of us could be living a longer life if this drug is successful.

Lead study author Dr. Douglas Vaughan explained, “The findings astonished us because of the consistency of the anti-aging benefits across multiple body systems. For the first time, we are seeing a molecular marker of aging (telomere length), a metabolic marker of aging (fasting insulin levels) and a cardiovascular marker of aging (blood pressure and blood vessel stiffness) all tracking in the same direction in that these individuals were generally protected from age-related changes. Not only do they live longer, they live healthier. It’s a desirable form of longevity. It’s their ‘health span.’”

This genetic mutation affects plasminogen activator inhibitor-1 (PAI-1), which is a protein known for blood clotting. Nearly five percent of the Amish living in the Indiana community carry this genetic mutation, which leads to a lower production of PAI-1.

This mutation is not seen among other Amish communities because the researchers suggest it was brought over to this community from Swiss farmers that moved into the area. Those with the mutation easily live on average to 85 which is far longer than the average 71 years among those without the mutation.

Japanese researchers are now working on a drug to mimic how the genetic mutation works as a means to have others live longer. In early human trials, the drug seems to appear safe.

Vaughan is asking permission of the FDA to begin human trials of this drug in the U.S. Although other rugs that lower PAI-1 have been tested, they have yet to be successful. The new drug developed by the Japanese has been far more successful and shows great promise.

9 foods that help you live longer