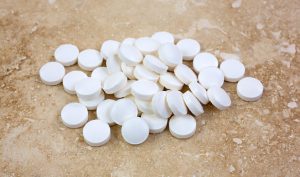 New findings suggest that the effects of melatonin supplements in individuals with a specific gene mutation may increase the risk of developing type 2 diabetes. The findings come from researchers at the Brigham and Women’s Hospital and the University of Murcia in Spain. Researchers say melatonin supplements taken prior to mealtime in those with the genetic variant increases their risk of type 2 diabetes.

Co-corresponding author Frank Scheer said, “Our work is the first to show that a person’s genetic profile could impact their ability to tolerate glucose when they take melatonin.” Maria Garaulet another corresponding author added, “Our results suggest that we may need to exert caution when taking melatonin close to meal times, especially in carriers of the risk variant.”

It’s reported that nearly 50 percent of those with European ancestry carry the gene variant which increases the risk of diabetes, but it was not fully understood how the gene variant affects blood sugar. Furthermore, research has commonly been conducted in the daytime when natural melatonin levels are typically low.

Of 17 participants, 11 carried the gene variant. The morning supplements produced greatly varied effects and carriers of the gene had worse blood sugar control compared to those without the gene variant. In the evening the different effects were not seen.

Scheer concluded, “Our data suggest that when subjects take melatonin, the genetic risk variant in MTNR1B causes a much greater change in glucose tolerance in carriers compared to non-carriers, even in people who are not obese and not diabetic. Our results suggest that it may be important to take genetics into account when thinking about timing of food consumption and melatonin administration.”