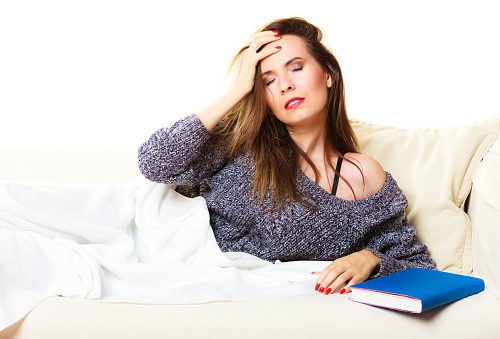 A new study from the Columbia University Irving Medical Center has found a significant link between sleep quality and cardiovascular health. The researchers report that even mild sleep disturbances, such as waking up throughout the night or having trouble falling asleep, can be related to increased blood pressure levels. This is a troublesome finding because it has been shown that nearly a third of adults worldwide do not get enough sleep to maintain optimal health.

Previous research has shown that this problem is more common in women than men, with women suffering from chronic insomnia nearly twice as much as men. Other studies have suggested that women are at a greater risk for sleep disorders or poor sleep quality in general. “That’s concerning,” says Brooke Aggarwal, lead author of the study, “since studies have also shown that sleep deprivation and milder sleep problems may have a disproportionate effect on cardiovascular health in women.”

They were able to extract endothelial cells from inside an arm vein from a portion of the participants to test for the presence of a protein causing inflammation, which has previously been linked to the development of cardiovascular disease. They found that there was a connection between the protein in the endothelial cells and whether or not participants suffered from mild sleep disturbances.

“Our findings suggest that mild sleep problems could possibly initiate the vascular endothelial inflammation that’s a significant contributor to cardiovascular disease,” says Aggarwal. “Results of an ongoing clinical trial may confirm these results. In the meantime, it may be prudent to screen women for milder sleep disturbances in an effort to help prevent cardiovascular disease.”

A more troubling finding was that the presence of the protein in the endothelial cells in the arm was not related to the length of time the participants slept. Whether they slept for the recommended length of time or less did not relate to the quality of sleep, sleep disturbances, or whether the inflammatory protein was found in their cells. This also means that sleep disturbances are a risk factor for inflammation and high blood pressure independent of other factors.

These findings require that patients and physicians alike be aware of the cardiovascular health risks associated with poor sleep quality. Regular cardiac screenings should be implemented into your health plan, to ensure early signs of cardiovascular disease are monitored and maintained.