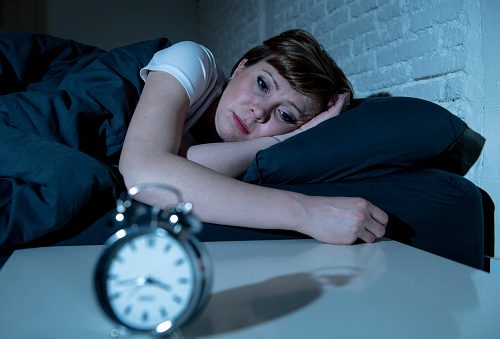 A new study has found a relationship between poor sleep quality and an increased risk of atrial fibrillation (AF). This is the first study to find this association exists outside of the effects of sleep apnea.

Atrial fibrillation is a rapid, irregular heartbeat. It can result in symptoms that reduce the quality of life in patients, including heart palpitations, fatigue, and shortness of breath. It’s also related to an increased risk of developing strokes, dementia, kidney disease, and heart attack, all of which come with a higher likelihood of premature death.

In previous research, poor sleep quality was defined by the presence of sleep apnea in participants. Therefore, sleep apnea has been associated with an increased risk of atrial fibrillation for some time.

This study defined poor sleep as frequent nighttime awakenings. The researchers examined the results of several different studies to draw their conclusions. They found that less REM (rapid eye movement) sleep was a predictor of atrial fibrillation. As REM sleep is one of the most important factors in determining the quality of sleep, a significant lack of it was decidedly enough to consider a night’s sleep of poor quality.

“While a relationship between sleep apnea and AF has previously been demonstrated, the effect of sleep itself on AF risk has remained unknown,” said the study’s lead investigator, Dr. Gregory M. Marcus, from the University of California. “Strategies to enhance sleep quality are different from those that focus on relieving airway obstruction, so it is important to understand the relationship between sleep itself and AF.”

People with Insomnia at a Higher Risk of Atrial Fibrillation

The researchers did not find that sleep duration was an indicator of sleep quality or that it put participants at an increased risk of developing atrial fibrillation. Specifically, waking up several times during the night, or being unable to sleep for consistent time periods, was related to poorer sleep quality and an eventual development of atrial fibrillation. Understandably, these results were also found in patients suffering from insomnia.

“These data provide compelling evidence that sleep quality itself, even independent of sleep apnea, is an important determinant of AF risk,” noted Dr. Marcus. “While there are several available treatments for AF, prevention of the disease would be ideal. The good news is that sleep quality can be modified and is something that at least to some degree is under the control of the individual. It’s possible that improving sleep hygiene, such as performing regular exercise, getting to bed at a reasonable hour on a regular basis, and avoiding viewing screens before bed as well as caffeine later in the day, might help stave off AF.”

These results increase the canon of data which exists to say that sleep quality is a critical factor in cardiovascular health and that there is a direct correlation between disrupted sleep and lower cardiac health. Most importantly, these results were unrelated to the presence of sleep apnea for the first time.