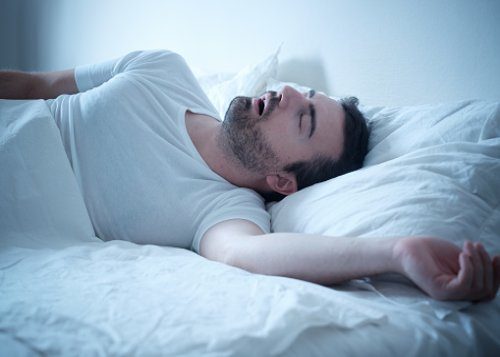 Obstructive sleep apnea occurs when breathing stops and starts during sleep. The condition has the potential to become highly dangerous, as the lack of oxygen can eventually cause serious cardiovascular and cerebrovascular complications.

In this line of thinking, it has been proposed that obstructive sleep apnea may play a role in causing and worsening cardiovascular conditions, including atrial fibrillation or an irregular heartbeat. While this may be the case, obstructive sleep apnea is not a common diagnosis alongside atrial fibrillation, leading some academics to believe that the condition is going unidentified and, therefore, untreated.

Obstructive sleep apnea is a fairly common condition, affecting 25 percent of adult males and nine percent of adult females. The condition is often reported alongside cardiovascular problems. Due to its commonality, determining the connection between obstructive sleep apnea and atrial fibrillation is highly important, so that proper treatment plans can be implemented for patients suffering from both conditions simultaneously.

New research in this area has focused on determining whether obstructive sleep apnea was more prevalent in atrial fibrillation patients than in the general population. A new study exploring this hypothesis used adult atrial fibrillation patients to test their theory. Participants were excluded from the experiment if they had previously received a diagnosis of obstructive sleep disorder, had participated in a sleep lab within the six months prior to the experiment, or were unable to provide informed consent on the above.

The total number of participants that completed the study was 100. Obstructive sleep disorder was observed in 85 percent of the participants, although no previous diagnosis existed in any of the patients. The condition, as is demonstrated in the global population, was more prevalent in the male participants than the females. Those participants suffering from obstructive sleep apnea showed significant demographic differences from those without the condition. The sleep disorder group was typically older than the atrial fibrillation only group and also showed a higher average BMI than the others, with a 40 percent rate of obesity.

This research reinforces the previously theorized relationship between sleep apnea and atrial fibrillation. The results of the research suggest that obstructive sleep apnea is severely underdiagnosed in patients with atrial fibrillation. More than three-quarters of the experimental participants were revealed to be suffering from sleep apnea, though they were all undiagnosed at the outset of the study, indicating that screenings for sleep apnea in atrial fibrillation patients are not being performed as often as they should. Further research will be required to determine the effects of certain treatments on the conditions in conjunction with one another.