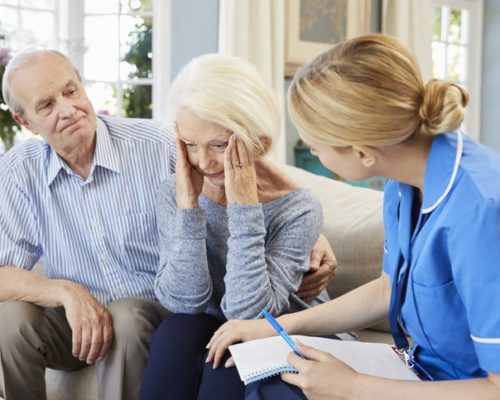 As we age, it’s natural to see some minor decline in our abilities, including in our thinking and memory skills. Anything more than that, though, could be an indicator for the development of dementia in the future. One issue researchers are currently facing is the ambiguity of mild cognitive decline.

Some studies have found it to be reversible and others say that it’s permanent and can only lead to further decline down the road. Across the board, researchers seem to agree, though, that mild cognitive impairment is associated with a higher likelihood of developing Alzheimer’s, one form of dementia.

Due to the ambiguity a diagnosis of “mild cognitive impairment” can cause, researchers at the University of Helsinki and the University of California set out to find a way to clarify the term and give patients a concrete prognosis for their condition. To do this, the researchers analyzed data collected by the Alzheimer’s Disease Neuroimaging Initiative in the United States, which provided information on 230 cognitively “normal” participants and 394 participants categorized with mild cognitive impairment.

The results also showed a higher level of brain atrophy (shrinking of the cells in the brain) in the participants with low scores on both cognitive tests than those with low scores on only the story recall test. Those in the story recall group showed similar levels of brain atrophy (which is a normal part of the aging process) to those in the “normal” cognitive group (the control group).

“The use of two memory tests markedly improved the accuracy of the prognosis for an Alzheimer’s disease diagnosis and brain atrophy in the medial temporal lobes during a three-year follow-up period,” said Eero Vuoksimaa, one of the researchers involved in the study. “The results highlight the importance of neuropsychological assessment as a cost-effective method of diagnosing mild cognitive impairment due to Alzheimer’s disease.”

The importance of these findings is in the benefits they provide to medical practitioners when diagnosing patients with mild cognitive impairment. If someone shows a low score on only one cognitive test and not two, it is possible that their cognitive impairment is reversible and not due to Alzheimer’s. This also allows for earlier diagnosis of those with Alzheimer’s allowing them to prepare better for the condition.