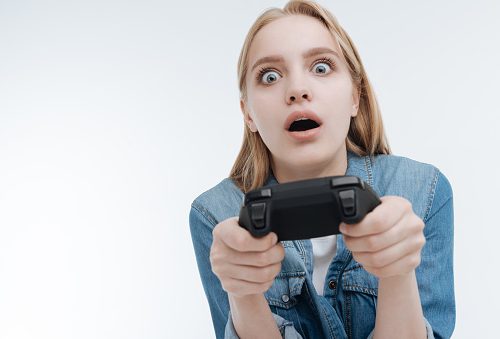 Video games are a contentious topic. One camp believes that video games are a waste of time, while another thinks it’s no different than watching TV. Whichever camp you fall into, many studies have shown that playing video games benefits certain cognitive systems in the brain mainly related to visual attention and short-term memory.

However, a new study conducted at the University of Montreal suggests that in many cases, playing video games can do more harm than good.

Two longitudinal studies were done on habitual video game players and the results were compared to non-players. It was found that people playing video games for extended periods had less gray matter in the hippocampus—a part of the brain involved in spatial and episodic memory.

Spatial memory helps people orient themselves in the space around them. For example, spatial memory is required for a person to navigate around a familiar city. Episodic memory involves the ability to remember past events. Taxi drivers of London, for example, have been shown to have more developed hippocampi.

Generally, more gray matter in the hippocampus translates to a healthier brain, which is why this study is very concerning to the researchers.

To reach this conclusion, the research team did full neuro-imaging, which scanned the entire brain of habitual video game players of action games. To make sure this change in brain matter was due to their gaming habits, there was a follow up to establish it as a likely cause.

More to the puzzle


Gaming was found to stimulate the caudate nucleus more than the hippocampus. This is where the discrepancy is thought to occur in habitual gamers. Stimulating one part of the brain while somewhat neglecting the other has shown to cause atrophy or shrinkage of the underused region.

The study in question involved close to 100 people consisting of men and women at the university. They were invited to play a range of action games including games like Call of Duty, Killzone, and Borderlands 2, as well as 3D games from the Super Mario series for a total of 90 hours.

After 90 hours of action games, hippocampal atrophy was observed. However, 90 hours of playing 3D games led to increased gray matter in all participants.

With this in mind, the researchers do not recommend video game treatments in patients suffering from Parkinson’s disease, schizophrenia, depression, or PTSD—all of which have less gray matter in their hippocampus.

Now “players can easily choose to navigate with a response-route-following strategy without relying on the relationships between landmarks, fundamental to the spatial strategy. […] Action video games designed without in-game GPS, or [without] wayfinding routes overlaid on the game’s display for the player to follow, could better encourage spatial learning during action video game playing.”

What are the best video games for brain function?