Home » Health News » What are the best video games for brain function? 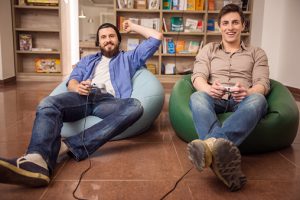 Video games can be used to improve brain function and help better deal with real life settings. A new article suggests that specific content, dynamics, and mechanics of video games can offer brain benefits – even the ones that are action packed.

The term ‘video games’ may have you thinking of adolescents sitting in front of a TV with controllers in their hands; however, the researchers wrote, “The term video games refers to thousands of quite disparate types of experiences, anything from simple computerized card games to richly detailed and realistic fantasy worlds, from a purely solitary activity to an activity including hundreds of others, etc. A useful analogy is to the term food – one would never ask, ‘What is the effect of eating food on the body?’ Instead, it is understood that the effects of a given type of food depend on the composition of the food such as the number of calories; the percentage of protein, fat, and carbohydrates; the vitamin and mineral content; and so on.”

The researchers continued, “Action video games have been linked to improving attention skills, brain processing, and cognitive functions, including low-level vision through high-level cognitive abilities. Many other types of games do not produce an equivalent impact on perception and cognition. Brain games typically embody few of the qualities of the commercial video games linked with cognitive improvement.”

Previous research found that the total amount of video games played is linked with poorer performance in the classroom, but they did not have an impact on sustaining attention.

The findings were published in Policy Insights from the Behavioral and Brain Sciences.