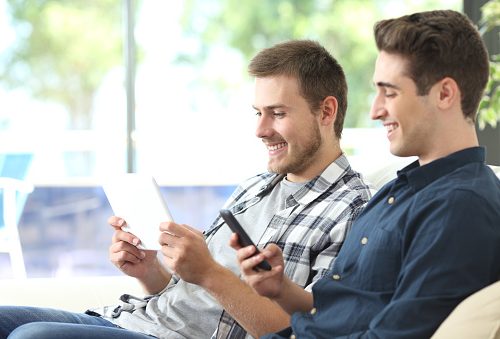 Adulthood is glorified as being nothing but joy-filled happiness, as you can do anything you want. At least, that’s what many adolescents would have you believe. What these young adults have not experienced yet is the day to day grind.

While the younger population may have their own priorities, such as school, it is common for them to have much more free time on their hands. This is often filled with things like video games. Unfortunately, many adults stop playing video games when they hit the work force.

The work place is a source of great stress

But perhaps more adults should incorporate video games into their lives. A new study suggests that adults who engage in casual video game play during rest breaks can help restore mood in response to workplace stress.

More than half of American adults experience cognitive fatigue related to stress, frustration, and anxiety while at work. Those in fields such as air traffic control and health care are at greatest risk, which could lead to performance errors.


The researchers suggest that playing games on smartphones and tablets during break time can be an effective way to combat work place stress.

To test this theory, the researchers used a computer-based task to induce cognitive fatigue in 66 subjects. Each was allotted a five-minute break period during testing. During this break time, participants either played a causal video game called sushi cat, participated in a guided relation activity, or simply sat quietly without any stimuli.
Throughout the experiment, the researchers would measure participants affect, general levels of stress and mood, and cognitive performance.

They found that those who sat quietly felt less engaged with work and experienced worrisome thoughts. Those performing guided relaxation saw reductions in negative affect and distress. Those playing video games reported that they felt better after taking the break.

“We often try to power through the day to get more work finished, which might not be as effective as taking some time to detach for a few minutes. People should plan short breaks to make time for an engaging and enjoyable activity, such as video games, that can help them recharge,” said Michael Rupp, a doctoral student in human factors and cognitive psychology at the University of Central Florida and co-author of the study.

Related: What are the best video games for brain function?