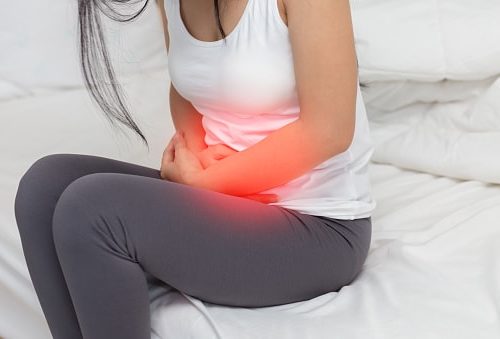 A new study, performed by researchers at the University of Birmingham, has found that higher levels of male hormones can cause women with polycystic ovary syndrome (PCOS) to have an increased risk of developing non-alcoholic fatty liver disease (NAFLD). These findings could have a larger impact on the types of screenings women with PCOS undergo after their initial diagnosis.

PCOS is a relatively common medical condition affecting approximately 10 percent of the entire female population. It can cause irregular periods, impaired fertility, male-pattern hair growth, and acne. Many patients with PCOS show higher levels of male hormones, a resistance to insulin, and excess weight or obesity.

The non-alcoholic fatty liver disease is an umbrella term for a range of liver conditions that can develop even when a patient consumes little or no alcohol. It occurs when there is too much fat being stored in the liver cells. It is still unclear to medical researchers why some people store extra fat in the liver cells while others do not, but a link between NAFLD and obesity has been made through previous research.

The new study, which examined the pattern of NAFLD development with PCOS, looked at data from 63,000 women with PCOS and 120,000 women without it who were comparable to the PCOS patients in age, body weight, and background. The researchers also looked specifically at patients with PCOS and those with higher than normal levels of male hormones. The patients with PCOS showed double to triple the risk of NAFLD developing than the participants without PCOS. To date, this is the largest study of its kind to examine PCOS patients.

Dr. Krish Nirantharakumar, of the University of Birmingham’s Institute of Applied Health, said, “We observed a two-fold increased risk of fatty liver disease in women with PCOS and male hormone excess. Looking at the levels of the major male hormone testosterone, we found that having a high testosterone level increased the risk of fatty liver disease significantly, even in women who were of a normal healthy weight.”

Professor Wiebke Arlt, Director of the University of Birmingham’s Institute of Metabolism and Systems Research, said, “Our research has highlighted significant and previously unknown health risks in women with PCOS and increased male hormone levels. Our findings suggest that regular screening for fatty liver disease should be considered in these women, to make sure the disease is caught early.”

Although the results of this study can not offer any causational conclusions about the relationship between PCOS and non-alcoholic fatty liver disease, there is a clear correlation between the two shown in this experiment.

It’s important that patients with PCOS maintain their overall health and consume a balanced diet. They should also consult a medical practitioner should their symptoms worsen, or should they show any new irregularities. The results of this study also suggest that more intense and regular screenings for liver disease should be implemented for patients diagnosed with PCOS.

How diet affects PCOS: Foods to eat and avoid