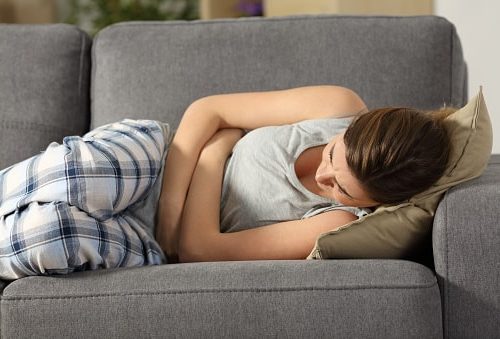 When a person’s digestive system comes to a stop and they can’t have a bowel movement or pass gas, this could be a sign of a bowel obstruction. Fecal impaction, which is when a large, hard mass of stool gets stuck in your digestive tract and won’t push out, is a common type of obstruction. The bowel can be blocked by something other than a hard stool though.

There are some pre-existing health conditions that can make a person more prone to partial bowel obstruction. If you can identify the symptoms of a partial blockage early, you have a chance of preventing it from becoming a complete blockage.

What Are the Causes of Partial Bowel Obstruction?

Since partial bowel obstruction causes can have something to do with underlying medical conditions, we have outlined some of those conditions below.

These occur when tissues make contact and bind together. Over time, the tissue bands get thicker and stronger. This happens most often after surgery, but adhesions can also form due to an abdominal infection, appendicitis, or radiation treatment for cancer. It is believed that 50 to 70 percent of small bowel obstruction cases in the United States are from adhesions. Essentially, adhesions can pinch part of the small intestine closed from the outside intestine and can develop into a loop that contorts the intestine and limits flow of material.

Structural weakness with the abdominal wall muscles can lead to a hernia, which is a protrusion of the small intestine that you can see from outside of a person’s body. This is the second most common cause of bowel obstructions. In extreme cases, a hernia can pinch the intestine and completely cut off blood supply.

A cancerous mass can pinch the bowel closed by pressing on the outside of it or by slowly blocking a bowel’s inner passageway. In most cases though, it is a cancer that has spread from a site elsewhere in the body to the small bowel that causes the bowel obstruction.

About 50 percent of large bowel obstructions are due to colorectal cancer. When colon or rectal cancer goes undiagnosed, it can eventually lead to narrowing of the intestine’s inner passages.

This can occur when part of the bowel twists around itself. It creates a closed bowel loop, which is pinched at the base. Volvulus is more common in people 65 and older who have a history of chronic constipation. In midgut volvulus, the intestine becomes twisted because of rotating during fetal development. During radiology, doctors can often see what is called “double bubble,” which are two air-filled bubbles in the abdomen.

Other partial bowel obstruction causes in the large intestine include muscle or nerve disorders and side effects of various medications.

What Are the Symptoms of Partial Bowel Obstruction?

If the bowel is partially blocked, contents of the intestine can start to back up and cause cramping as well as bloating and distention. Many who experience this notice that their clothing feels tighter. A firm abdomen is a late sign of blockage and requires immediate medical intervention.

If you have a partial blockage, you may feel full after eating just a small amount of food. At the same time, you can become nauseated. Since materials are blocked and are sitting there producing a lot of gas, the undigested food can cause nausea. Vomiting is often a sign that your partial blockage is getting worse. It is also important to note that vomiting depends on the location of the blockage, the severity, and the type of food you eat.

Both prolonged constipation and diarrhea are signs of partial bowel obstruction. In some cases of constipation, a little of the food substances make the journey through the intestine in the form of small amounts of liquid stool. These liquid stools tend to continue until the blockage is cleared. Some people view the liquid stools as diarrhea.

Sometimes an obstruction requires hospitalization and means that you can’t eat or drink anything. You will receive fluids intravenously. A flexible tube called the lubricated nasogastric tube (NG tube) will be used to help relieve gas from the stomach and intestines. If the obstruction improves within a few days, you will be allowed to eat a small amount of solid food.

Partial bowel obstruction treatment involves surgery when the problem becomes severe. During surgery, the cause is removed or a repair might be done on a damaged portion of the intestine.

Diet can be part of partial bowel obstruction treatment at home and includes a variety of specific plans.

The following are options in terms of home remedies for partial bowel obstruction:

A partial bowel obstruction diet can be a clear liquid diet, which consists of only liquids that are clear. Water, clear apple juice, clear soda, ice pops, broth, black tea, and black coffee are all considered clear liquids. Your doctor will determine how long you need to be on a clear liquid diet. In addition to helping clear the obstruction, a liquid diet can help keep you hydrated.

Eating less fiber can improve pain, fullness, and gas for some people. Keep in mind that the amount of fiber you should eat depends on the degree of your bowel obstruction so consulting with a doctor about diet is important. Generally, someone who has occasional cramping, bloating, and excess gas can benefit from a low fiber diet. Moderate symptoms of cramping and bloating usually require a minimal fiber diet, while severe symptoms, including extreme abdominal pain, extreme bloating, heartburn, and nausea call for a liquid diet.

You may find the following tips helpful if you are experiencing any of the symptoms we have described in this article:

While the tips above are meant to help you, they should not replace the guidance of a doctor. When you have constipation and symptoms of bloating, abdominal pain, or nausea, you should seek medical advice. In many cases, a partial bowel obstruction can be eased by simple diet adjustments. And remember, letting an obstruction go untreated can cause more severe health complications.