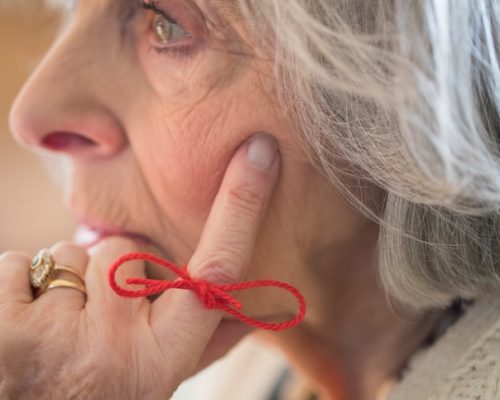 A new study has found that feeling lightheaded, dizzy, or faint when you stand up may mean you are at a higher risk of developing dementia. The cause of the sensation is a condition called
orthostatic hypotension, which means a sudden drop in blood pressure.

“Orthostatic hypotension has been linked to heart disease, fainting and falls, so we wanted to conduct a large study to determine if this form of low blood pressure was also linked to problems in the brain, specifically dementia,” said study author Andreea Rawlings, Ph.D.

The study focused on those in middle age who are at the greatest risk for factors leading to dementia later in life. There were 11,709 participants included in the study typically over the age of 54. The study had a follow-up period of 25 years, on average.

During the initial screening, participants were tested to determine whether or not they had orthostatic hypotension. They were told to lie flat for 20 minutes and to then stand up in one fluid motion. Their blood pressure was then taken five times to ensure accuracy in the measurement.

The blood pressure measurements were then compared with the participants’ resting blood pressure to determine whether they had orthostatic hypotension. The results showed that 4.7 percent of all participants showed signs of feeling lightheaded, dizzy, or faint upon standing, related to a sudden decrease in blood pressure. After this initial testing, participants were screened for dementia throughout the 25-year follow up period.

They also noted that those who experienced lightheadedness, dizziness, or a faint-feeling upon standing as a result of a severe drop in blood pressure. They were twice as likely to suffer an ischemic stroke compared to those in the control group. In total, 15.2 percent of the orthostatic hypotension patients had an ischemic stroke by the end of the experiment, versus only 6.8 percent of the non-orthostatic hypotension participants.

These results lead the researchers to form an association between the presence of orthostatic hypotension in middle-aged adults with an increased risk of both dementia and stroke later in life. These are important findings for the population who experience those lightheaded symptoms when standing abruptly. “Measuring orthostatic hypotension in middle-age may be a new way to identify people who need to be carefully monitored for dementia or stroke,” said Rawlings. “More studies are needed to clarify what may be causing these links as well as to investigate possible prevention strategies.”