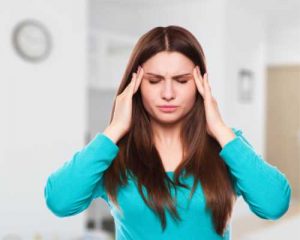 Dizziness after standing results from a drop in blood pressure, but it could also be a more serious condition known as delayed orthostatic hypotension. Whether you got up too quickly from a seated or lying position, from time to time it seems that motion can cause dizziness.

Orthostatic hypotension (OH) is a condition characterized by low blood pressure when you stand up. It may be accompanied by feelings of dizziness or lightheadedness. OH is often minor, lasting for a few seconds or minutes, but long-lasting OH can be a sign of a more serious problem.

Recent findings suggest that dizziness after three minutes of standing can lead to delayed orthostatic hypotension, which is a serious condition that requires attention.

Dizziness after standing may lead to increased risk of death: Study

After the 10-year follow-up, 54 percent who were originally diagnosed with delayed OH progressed to orthostatic hypotension, and 31 percent developed a brain disorder like Parkinson’s disease or dementia.


Factors that increase the risk of orthostatic hypotension

The primary cause of orthostatic hypotension is a drop in blood pressure when moving into an upright position. When we stand, gravity causes pooling of blood within our legs, which takes the blood away from our heart. Spinal cells typically sense this change, so they send a signal to the brain to increase the heart rate and boost circulation.

In the case of OH, this signal is interrupted, so the body does not counteract the low blood pressure. Other causes of orthostatic hypotension are:

Signs and symptoms of orthostatic hypotension

Signs and symptoms of orthostatic hypotension include feeling lightheaded or dizzy when standing up, temporary blurry vision, weakness, fainting, confusion, and nausea.

Symptoms of orthostatic hypotension include dizziness, blurred vision, lightheadedness, mental confusion, nausea, muscle tremors, and fainting. This can be a dangerous condition because it can increase a person’s risk of injury. This can be even worse if a senior is living alone and the dizziness or blurry vision leads to injury.

Here are a few self-help suggestions if you experience any symptoms of orthostatic hypotension.

By following these tips, you can better improve the symptoms associated with orthostatic hypotension. The new findings suggest that it can progress to a serious neurological disease, so don’t hesitate to speak with your doctor about your symptoms.

Vertigo, dizziness and imbalance in the elderly

Do you really know what your blood pressure reading means?