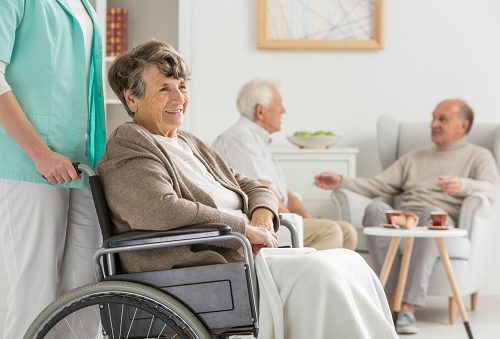 A new study finds that information provided to adults when choosing a nursing facility after a hospital stay is sorely lacking.

Choosing a skilled nursing facility after a hospital stay is an extremely important decision, one that more than one-fifth of all hospitalized older adults who use Medicare will one day have to face. But what kind of information is provided to these patients when selecting a post-acute-care facility? According to new research, in many cases very little or almost no information is provided for people to make an educated decision on which facility to choose. Often, patients are forced to make this choice far too quickly and under high levels of stress, both of which can impact decision-making skills.

As little about this process is known, a team of researchers decided to interview patients who had previously been in this position. The areas they focused on were how these patients actually made their decisions, what information was provided to them by hospital staff, who helped them make their choice, which factors the patients weighed the most heavily, and the patients’ overall attitudes on the process.

Selecting a facility often a negative experience for patients

The interviews took place in five cities across the country. In 90 interviews, the patient was the only person who spoke to researchers. Another eight interviews were done when the patient and a member of the patient’s family were both present. The majority of patients, 78 of those interviewed, were admitted to the hospital for an emergency (suffering from a fall, cancer, major infection, etc.). Nineteen of the patients were self-admitted to the hospital for surgeries, but only nine of them had decided on a nursing facility for their aftercare beforehand. The majority of the participants said they chose a nursing facility on the day before or the day of their release from hospital.
In terms of who chose the facility, 66 of the participants made the decision themselves, 19 had the decision made for them by a friend or relative, and 12 had the decision made for them by a medical professional. Only 35 participants had previously stayed in their selected nursing facility.

Location and closeness to family were among the most important factors for the patients when making their decision; the number of staff and levels of cleanliness or amenities offered were less important. The researchers also found that overall, the patients had a negative experience when choosing an aftercare facility. In most cases, patients had to choose a facility extremely quickly and were given little to no guidance by health-care professionals. Many times, patients were simply given a list of facility names and addresses, with no other information.

The researchers came to the conclusion that patients were given too little time and information when choosing a post-acute-care facility. They hope that the results of this study will highlight the need for improved communication and resources for patients.

Related: Choosing end of life care is an important decision for all American adults