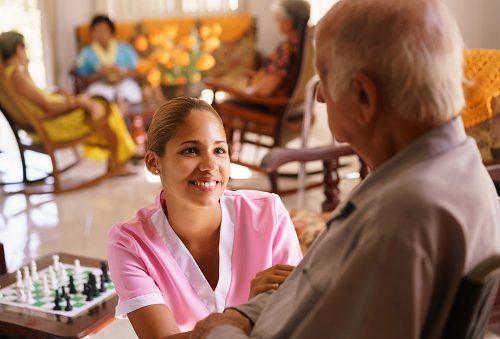 Medicine has become so commonplace that it is almost always prescribed when visiting a doctor. Antibiotics are some of the most widely used and effective medications for treating bacterial infections. However, these drugs are showing signs of decreased efficacy. This is called antibiotic resistance, and it’s something that is making the medical community fearful.

The problem is not the drugs we use, rather, the bacteria have evolved to a point were commonly used medications have become ineffective. Part of the problem is the overprescription of antibiotics. Overusing antibiotics combined with poor infection prevention and control, have given rise to bacteria that is able to survive inside and outside of the body. They are called super bugs.
This has become an issue for many nursing homes around the country. Multi-drug resistant bacteria such as E. coli can be found in more than a one-quarter of people living in nursing homes.

Due to the nature of nursing homes, these residents are prime subjects for bacterial colonization. They are often confined to their location and are in relatively close proximity to other residents on a daily basis. This is compounded by the fact that the elderly typically have weakened immune systems, leaving them exposed to potential infection.

“Someone who is colonized has the bacteria on them, but may not know it. They may not show any symptoms. But they can spread the germ to others, and they have the potential to become sick themselves,” said study author Sainfer Aliyu, a doctoral candidate at Columbia University School of Nursing in New York City.
People in nursing homes are often given around the clock care. This includes being visited by a doctor and getting medication when needed. Because these nursing home residents don’t have a strong immune system, the use of antibiotics for any type of bacterial infection is often prolonged to be of any benefit. This leads to increased drug exposure for the bacteria, giving it time to find ways to get around it.

Working together can help combat this problem

Medical professions fear that one day, the most powerful antibiotics may be ineffective. Having no viable medical alternative is a scary thought.

The researchers express the difficulty of controlling such a problem but stress that there are simple ways to help reduce multi-drug resistant bacteria from developing. This includes washing our hands more consistently to help reduce the spread of germs and doctors only prescribing antibiotics when necessary.