Home » Colon And Digestive » Norovirus vs. gastroenteritis, differences in symptoms, causes, and treatment 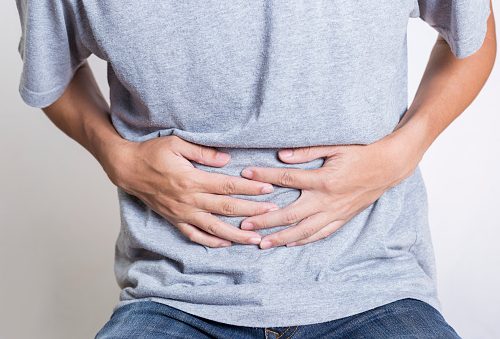 Gastroenteritis and norovirus share many similarities, and telling each apart is often tricky. In fact, norovirus is the most common form of gastroenteritis, which is an umbrella term for inflammation of the stomach, intestines, or both, and can have many causes.

Due to their vast similarities, here we will outline the symptoms, causes, and treatments for either condition to help you better understand the two.

Norovirus, the most common cause of gastroenteritis in the U.S. 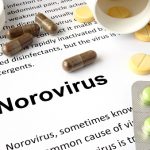 The CDC estimates that 19 to 21 million Americans become ill with norovirus, resulting in 56,000 to 71,000 hospitalizations and between 570 and 800 deaths annually. Because norovirus is so contagious, outbreaks can occur in a short time period, especially in close quarters like cruise ships and retirement homes.

Determining gastroenteritis prevalence is difficult because so many patients do not require hospitalization, so cases are rarely recorded. It is estimated that every year three to five billion cases of acute diarrhea occur worldwide, with about 100 million in the U.S. alone.

It is estimated that severe gastroenteritis is responsible for nearly 10,000 deaths in the U.S.

There are two types of gastroenteritis, bacterial and viral, but either type causes the same symptoms, which include vomiting, diarrhea, abdominal cramping, nausea, occasional muscle aches, headache, and a low-grade fever.

Signs and symptoms of norovirus are the same as gastroenteritis, and also include vomiting, diarrhea abdominal cramping, fever, chills, muscle aches, and nausea.

Difference between norovirus and gastroenteritis causes 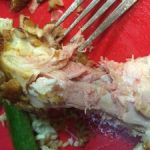 There are many different causes of viral gastroenteritis. Norovirus is the world’s most common foodborne illness, which can spread very quickly among populations. There are many reported norovirus outbreaks in areas where people reside closely together – such as schools, dorms, retirement facilities, and cruise ships. Norovirus is picked up by consuming contaminated food or water, or being in close quarters with someone who is infected.

There are a number of different bacteria associated with bacterial gastroenteritis. Yersinia is found in pork, staphylococcus can be found in dairy products and meat, shigella is linked to water in the swimming pools, and salmonella is found in meat and dairy. Meat and poultry can also contain bacterium called campylobacter. E. coli is a bacterium associated with ground beef and salads.

Essentially, we can blame bacterial gastroenteritis causes on improper food handling (contamination), improper storage of food items, and thorough preparation of meat. In 2000, an outbreak of E. coli in the water supply of Walkerton, a small town in Ontario, Canada, lead to seven deaths and 2,300 illnesses.

Gastroenteritis vs. norovirus: Transmission and prevention

Norovirus outbreaks commonly occur in settings where there are many people in close quarters, such as cruise ships, daycare centers, retirement homes, dining halls, school dormitories, and hospitals.

Gastroenteritis can travel through viruses or bacteria and can be transmitted from person to person or from food to person. Direct contact with an infected individual, food item, or object can cause you to become ill with gastroenteritis.

Both norovirus and gastroenteritis are highly contagious, so it’s important that you take the necessary measures to prevent getting ill from either condition.

Here are some preventative tips to keep in mind:

Difference in gastroenteritis and norovirus: Diagnosis and treatment 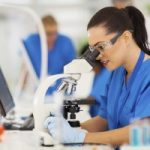 Diagnosis of either gastroenteritis or norovirus involves an examination of symptoms, but norovirus can be detected in a stool sample. Other than that, there are no specific diagnostic tests for gastroenteritis and norovirus. Often times, unless symptoms are severe, patients do not go in and see their doctor.

In many cases of bacterial gastroenteritis, the symptoms do not show up until a few days after you have actually been infected. When you see a doctor, they may ask you to provide a stool sample for testing. You may also be asked about any recent trips you might have taken, as well as your eating habits.

Bacterial gastroenteritis treatment isn’t always necessary. It can go away without any intervention. In some situations though, it can last for weeks. It is important to replace fluids, especially if diarrhea and vomiting are an issue. Without fluid intake, you will become dehydrated and require an intravenous line in a hospital.

If you have a mild case of bacterial gastroenteritis, you can try the steps below to head down the road to recovery:

There is no cure for viral gastroenteritis and, unfortunately, you must let it run its course, so prevention is the key. Prevention tips for viral gastroenteritis are similar to prevention tips for the cold or flu – washing hands frequently and properly, staying away from those who are sick, and staying home when you are sick to avoid transmitting it to others. It’s also important to properly wash, prepare, and cook food to lower the risk of contamination. Getting a rotavirus vaccination is a good idea as well.

Home remedies for viral gastroenteritis include reducing your intake of solid foods, allowing your digestive system to rest, sticking with clear fluids and plain broths, avoiding sodas, coffee, or sugary beverages, slowly introducing foods back into your diet as you begin to feel better, avoiding caffeine, dairy, nicotine, and heavily seasoned foods, getting plenty of rest, and being mindful of certain medications as they can worsen stomach symptoms.

If you suspect you have contracted viral gastroenteritis, avoid sharing items with those around you to avoid spreading the illness.

The same treatment options are utilized for norovirus as well. The key is to prevent dehydration as much as possible as that is a common complication related to norovirus. Unfortunately, there is no cure for either condition, so they must simply run their course.