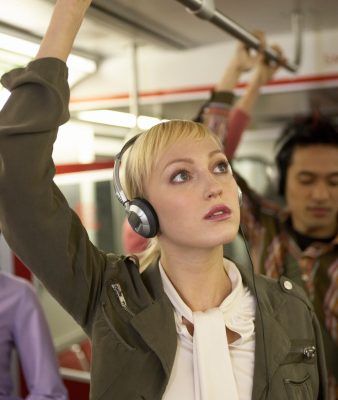 Commuters may now want to exercise caution with regards to loud noises they are exposed to when getting to and from work. According to a new study, there is the potential for long-term hearing loss, as well as other health complications, due to sharp bursts of noise that may occur while commuting via public transit, car, or walking.

While at 85 decibels, the average noise level of the Toronto transit system fell within the recommended level of safe noise exposure, there were causes for concern. Peak noise levels of the subway, bus, and biking measurements often exceeded recommended thresholds. Over repeated exposure, this noise could damage your hearing.

The study, released through the Journal of Otolaryngology – Head & Neck Surgery on November 22 of this year revealed that short noise exposure at greater than 114 decibels was found to be a cause for alarm. The sample consisted of 210 measurements spanning the months of April to August in 2016 across Toronto mass transit systems.

One of the study authors, Dr. Vincent Lin, explained that sudden short noise exposure was demonstrated to be as injurious as longer, less-intense exposure to noise. There are also other ailments that may be connected to loud noise exposure.

The study found that on average, buses and subways had louder noise levels than streetcars. Subway platforms themselves were “significantly louder” than the noise from riding inside a subway car, with 20 percent of noises recorded in the city’s subway system greater than 114 decibels.

According to the U.S. Environmental Protection Agency (EPA)’s noise threshold guidelines, exposure of longer than four seconds for 114 decibels and one second of 120 decibels could increase an individual’s risk of noise-induced hearing loss (NIHL).

The study found older stations were louder than newer stations, as newly-built infrastructure is often constructed with soundproof materials.

Bicycling was noted as the most damaging to hearing, as it exposes commuters to many loud environmental sounds from the city – construction, busy intersections, machinery. Biking exceeded EPA recommendations for noise by 14 percent; this compares to 9 percent exceeded in the subway system and 12 percent while taking buses.


The study’s findings are not conclusive proof that noise exposure causes hearing loss; rather, the study found that noise levels exceeded EPA recommendations. Hearing loss is one of the third most prevalent health problems in the world, with the World Health Organization (WHO) estimates that over 360 million people suffer from disabling hearing loss. Over a billion young people from ages 12 to 35 are at risk of hearing loss.

Luckily, there are a number of ways that commuters can mitigate potential risks. According to Lin, when not used to play music, earbuds can be utilized as ear effective protectors. Additionally, if subway constructors used sound-proof materials when constructing transit, that would also begin to limit risk to commuters.

Altogether, further studies should be performed in order to continue to assess the risks of noise-induced hearing loss while commuting, with people exercising more precautions.

Everyday noises that are causing your hearing loss