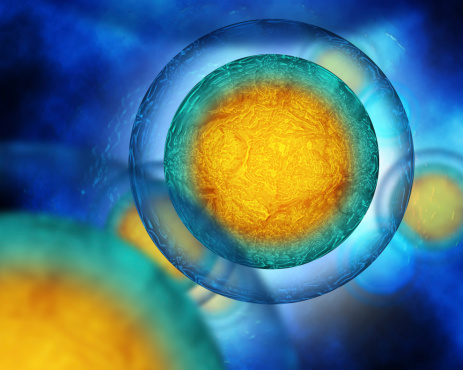 There comes a time for every woman when she must decide whether or not she wants to have children, as a women’s fertility declines with age until menopause. This is often seen as a cruel fact of nature, with the most scientific of reasoning’s behind the phenomena being decreases in female hormones as they age. However, researchers at the University of Montreal Hospital Research Center (CRCHUM) have discovered a possible new explanation for female infertility.

Current knowledge teaches us that females are born with a fixed number of eggs, remaining dormant until puberty, where they then begin to release a single egg per menstrual cycle. It is known that beyond the age of 35, fertility declines significantly, leading older women to have trouble getting pregnant, maintaining full term pregnancies, and experience an increased risk of miscarriage.

Researchers believe a defect in the eggs of females causes them to have an abnormal number of chromosomes, so called aneuploid eggs. They believe that this is a common occurrence with age because the “glue” that keeps the chromosomes together works poorly in older eggs—this is known as the cohesion-loss hypothesis.

This leads the researchers to expose the existence of another problem: defects in microtubules causing defective spindles contributing to a specific type of chromosome segregation error. Microtubules are tiny cylindrical structures that organize themselves to form a spindle and are involved in gathering and sorting chromosomes at the time of cell division and then sending them to their respective areas during the process called chromosome segregation. It was observed in mice that approximately 50 percent of the eggs in other females have a spindle with chaotic microtubule dynamics.
The study was conducted using mice considered young (6–12 weeks of age) and old (60 weeks of age) using a series of micromanipulations on the eggs of each. They did this by swapping the nuclei of the young eggs with those of the old eggs and observing for any issues that arose. What they discovered is that problems occurred in the old eggs containing a young nucleus solidifying that maternal age influences the alignment of microtubules independently of the age of the chromosomes contained in the nuclei of each egg, according to Shoma Nakagawa, a postdoctoral research fellow at the CRCHUM and the University of Montreal.

The researchers hope this new information on the biology of female infertility will inspire new treatment methods to be developed, helping women become pregnant and carry a pregnancy to term. It may not be anytime soon, however, as many more years of research will be needed, but having this basis of precise knowledge of cell division will eventually allow scientist to correct these errors.

“We are currently exploring possible treatments for eggs that might one day make it possible to reverse this problem and rejuvenate the eggs,” explained FitzHarris.

Can you have sex with a UTI?