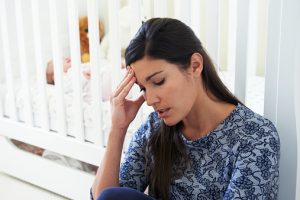 The pioneering study by Danish researchers has highlighted the risk of developing clinical depression in women who have previously endured treatment for fertility issues. According to the new study, the chance of a women developing depression after the treatment is five times more for women who succeed in giving birth than in those who don’t.

The new results are unexpected because until now it was assumed that the reverse was true. However, the results of the study expressly demonstrate that in the initial six weeks after treatment-induced partus, women who become mothers are more at risk for developing depression than women who remain childless. The study does not determine the reason for the depression, but other studies point toward causes such as mental factors or hormonal changes following birth. Remember, post-partum depression is a common feature in women after giving birth, even for those who did not need fertility assistance.

The study also did not find a link between the number of fertility treatments a patient undergoes and the ensuing possibility of depression.

The innovative research is based on the data derived from 41,000 Danish women. Each woman involved used a laboratory to fertilize an egg after it had been removed from the body.

The problem of infertility is a growing concern in the world as more and more couples are caught up in their careers and put-off childbirth for a later date. Infertility affects one in six couples who are trying to conceive, and not all fertility treatment cases are successful. But the emotions associated with success and failure are very surprising, as the study shows.

The great thing about these results is that it completely opens our eyes to a previously contrasting opinion about post-treatment depression, and it will helps professionals understand the process better so they in turn can give the right advice pertaining to the emotional aspects of pregnancy before and after birth.

The new findings will also help couples who are thinking about starting fertility treatment. According to Associate Professor Lone Schmidt, MD, DMSci, Ph.D. from the Department of Public Health, University of Copenhagen, fertility treatment can be a tough process, and our results will help couples face success and failure a lot better.

The details of the study have just been published in the international journal ACTA Obstetricia et Gynecologica Scandinavica.