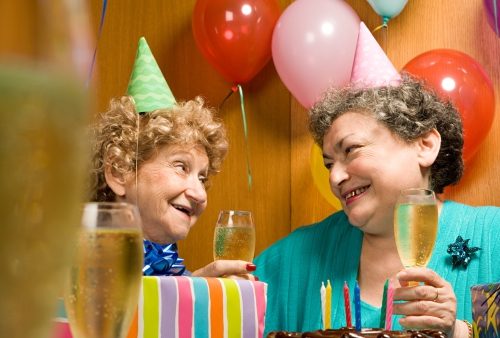 This past week was the National Alcohol Screening Day, which is important as it raises awareness around the harmful effects of alcohol consumption, including Parkinson’s disease, heart risk, and eyesight and vision problems.

Here at Bel Marra Health we want to keep you in the know, so we put together this roundup of health articles to educate you on the harmful effects of alcohol consumption and the other complications that can arise with drinking alcohol.

We hope that you take this information and apply it to your own life so you can continue leading a healthy lifestyle.

The researchers reviewed nearly 90 previous studies on the topic and concluded that moderate alcohol consumption does not prolong a person’s life, compared to individuals who do not drink.

Coauthor Tanya Chikritzhs said, “So-called moderate drinkers do not live longer than nondrinkers.” Some health experts do not agree with the study findings, but some do, like Dr. R. Curtis Ellison, professor of medicine and public health at Boston University School of Medicine, who added, “Scientific data continue to support the premise that small to moderate amounts of alcohol on a regular basis are consistent with a healthy lifestyle for middle-aged and older adults.” Continue reading… 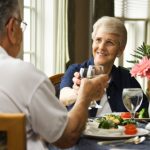 Does alcohol play a role in Parkinson’s disease?

For years, researchers have aimed to uncover a link between lifestyle choices like alcohol consumption and Parkinson’s disease. Now researchers have found conflicting evidence surrounding the connection.

In a review of literature from 2000 to 2014, researchers found little evidence to support or negate an association between alcohol consumption and Parkinson’s disease (PD). In studies that revealed a weak association, a strong recall bias was found, which could affect the results.

Sixteen articles that matched the criteria were identified. They were peer-reviewed and used a comparison with controls without Parkinson’s disease. These studies also measured the association between quantity and frequency of alcohol consumption and Parkinson’s disease risk, and adjusted for other factors like smoking and age. Studies that only included drinkers versus non-drinkers were not included.

Lead investigator Silvana Bettiol, Ph.D., said, “This review determined several possible methodological weaknesses that could explain the varying and often conflicting results of studies reporting lifestyle exposures such as smoking, coffee/tea and alcohol consumption contributing to PD risk. These included selection or self-selection of controls, difficulties in retrospective assessment of alcohol consumption, differences in the lengths of follow-up periods, and inconsistent definitions of drinkers and non-drinkers.” Continue reading… 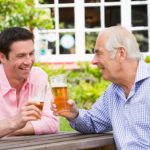 Even after one alcoholic beverage, your risk of heart trouble temporarily increases, according to latest findings. The effects on your heart from alcohol can take place within one hour after consuming the beverage.

On the other hand, after 24 hours, the protective properties of alcohol on the heart begin to take effect – but these protective effects are not seen in heavy drinkers.

Lead researcher Elizabeth Mostofsky said, “Heavy drinking increases risk both in the short term and the long term, but drinking smaller amounts has different effects in the subsequent hours than it does in the subsequent days and weeks.” Continue reading… 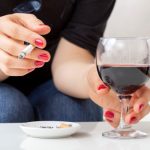 Research suggests if a person is a recovering alcoholic, they are more prone to relapse if they are also smokers. The findings come from researchers at Columbia University Mailman School of Public Health and the City University of New York.

It has been found that those with alcohol dependencies are more likely to be smokers as well. Typically, in programs that treat alcohol addiction, there is concurrent treatment for the use of illicit drugs. Unfortunately, tobacco smoking is never treated. Lead author Renee Goodwin suggests that in clinical settings it is deemed “too difficult” to treat nicotine addiction along with alcohol addiction, and they believe nicotine dependence would not make a large difference in the long run.

Goodwin said, “Quitting smoking will improve anyone’s health. But our study shows that giving up cigarettes is even more important for adults in recovery from alcohol since it will help them stay sober.”

To conduct their study, researchers followed 34,653 recovering alcoholics who enrolled in the National Epidemiologic Survey on Alcohol and Related Conditions. Participants were assessed twice, three years apart, on substance abuse. Smokers – daily and non-daily – were twice as likely to relapse during their alcohol recovery, compared to non-smokers.

Although it is unclear as to why smoking increases the risk of an alcohol relapse, previous research did reveal the impact smoking can have on cognition. Continue reading… 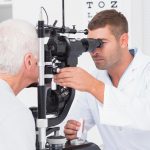 The National Institute on Alcohol Abuse and Alcoholism reports that excessive drinking can lead to changes in the brain, heart, liver, pancreas, immune system, and even contribute to cancer. Years of alcohol consumption impair many of the body’s functions, resulting in organ failure. Thus, is it so important to limit or even cut out alcohol if necessary. Continue reading…