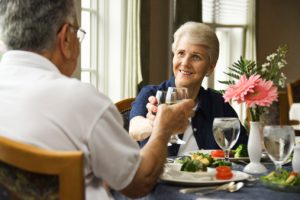 For years researchers have aimed to uncover a link between lifestyle choices like alcohol consumption and Parkinson’s disease. Now researchers have found conflicting evidence surrounding the connection.

In a review of literature from 2000 to 2014, researchers found little evidence to support or negate an association between alcohol consumption and Parkinson’s disease (PD). In studies that revealed a weak association a strong recall bias was found, which could affect the results.

Sixteen articles that matched the criteria were identified; they were peer-reviewed and used a comparison with controls without Parkinson’s disease. These studies also measured the association between quantity and frequency of alcohol and Parkinson’s disease risk and adjusted for other factors like smoking and age. Research that only included drinkers versus non-drinkers were not included.

Lead investigator Silvana Bettiol, Ph.D., said, “This review determined several possible methodological weaknesses that could explain the varying and often conflicting results of studies reporting lifestyle exposures such as smoking, coffee/tea and alcohol consumption contributing to PD risk. These included selection or self-selection of controls, difficulties in retrospective assessment of alcohol consumption, differences in the lengths of follow-up periods, and inconsistent definitions of drinkers and non-drinkers.”

In studies that accurately measured alcohol consumption and risk of Parkinson’s disease, non-significant associations were found, which revealed the limitations and biases affect the research.

Dr. Bettiol concluded, “This study highlights the need for more prospective studies investigating the relationship between alcohol and PD of adequate sample size. Improvements to reporting of studies by investigators particularly with respect to sample size and power would help others interpret the epidemiological significance of any findings. [In summary] most of the studies proved to be preliminary and improving statistical power to detect joint effects was encouraged.”

The findings were published in the Journal of Parkinson’s Disease.