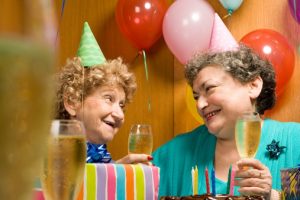 The researchers reviewed nearly 90 previous studies on the topic and concluded that moderate alcohol consumption does not prolong a person’s life, compared to individuals who do not drink.

Coauthor Tanya Chikritzhs said, “So-called moderate drinkers do not live longer than nondrinkers.” Some health experts do not agree with the study findings, but some do, like Dr. R. Curtis Ellison, professor of medicine and public health at Boston University School of Medicine, who added, “Scientific data continue to support the premise that small to moderate amounts of alcohol on a regular basis are consistent with a healthy lifestyle for middle-aged and older adults.”
Chikritzhs and the other researchers suggest that previous studies on alcohol consumption have missed out on an important piece of information: the nondrinkers included in previous studies did not consume alcohol due to an illness that prevented them from drinking. Once study authors adjusted the data, it was still evident that alcohol consumption did not extend life expectancy.

Chikritzhs did find that, “among people who drink, it was actually the ‘occasional’ drinkers — those who drank less than a drink every 10 days or so — who did the best. It is becoming clearer that it is much more likely to be the case that being a low or moderate drinker in middle age or older is a marker of good health, not a cause of it.”

Chikritzhs acknowledged that many individuals enjoy alcohol, but thinking of it as a health beverage is a misconception. The negative side effects of alcohol – addiction, for example – outweigh its benefits.

Much research has shown that alcoholic beverages like wine can contribute to lower rates of atherosclerosis, but it’s still important to keep in mind that with any alcoholic beverage there can be some risks involved.

So, although alcohol may not extend your life, you can still treat yourself occasionally to a glass of your favorite drink.