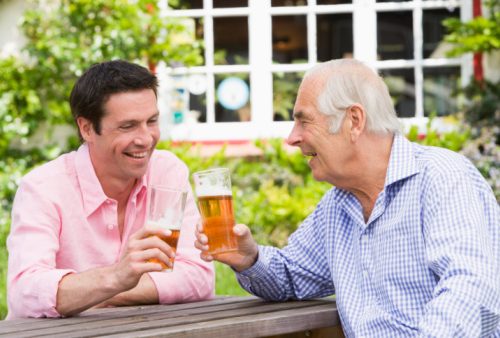 Even after one alcoholic beverage, your risk of heart trouble temporarily increases, according to latest findings. The effects on your heart from alcohol can take place within one hour after consuming the beverage.

On the other hand, after 24 hours the protective properties of alcohol on the heart begin to take effect – but these protective effects are not seen in heavy drinkers.

Lead researcher Elizabeth Mostofsky said, “Heavy drinking increases risk both in the short term and the long term, but drinking smaller amounts has different effects in the subsequent hours than it does in the subsequent days and weeks.”
The researchers suggest the temporary harmful effects are outweighed by the long-term beneficial effects of consuming an alcoholic beverage. Mostofsky added, “If you drink, do so in moderation. There is consistent evidence that heavy drinking raises the risk of heart attack and stroke both in the long and short term.”

The researchers found that blood pressure rises along with blood platelets, which are essential for blood clotting, after consuming one beverage. But over time, regular alcohol consumption has been shown to boost HDL (good) cholesterol, which can help reduce clotting.

The researchers reviewed 23 previous studies that compared heart attack and stroke risk within hours of consuming alcohol. Nearly 30,000 individuals were part of the study.

Heavy drinking, on the other hand, increased the risk of heart attack and stroke. Six to nine drinks a day was found to increase the risk of a cardiovascular event twofold, while 19 to 30 drinks weekly increases the risk six times.

So, as the saying goes, everything in moderation is key if you want to protect your heart.