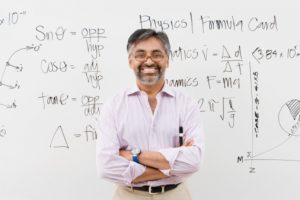 A study from the University of Waterloo has found that applied mathematics is a powerful tool able to predict the genesis and evolution of various types of cancers cells. The study used evolutionary dynamics, a form of mathematical analysis, to observe how malignant mutations evolve in stem and non-stem cells in both colorectal and intestinal cancers.

Mohammad Kohandel, an associate professor of applied mathematics in Waterloo, said, “Using applied math to map out the evolution of cancer has the potential to give oncologists a kind of road map to track the progression of a particular cancer and essentially captures crucial details of the evolution of the disease.” He added that by combining the use of applied math with previous advances in research in cancer biology, a deeper understanding of cancer could be achieved.

The study also revealed that when cancer stem cells divide and replicate, the new cells created are significantly different from the original cell. This finding can have a substantial impact on how cancer progresses in both positive and negative ways. Math can help better predict cell behavior, and can also be useful in preventing the emergence of cancer cells and helping develop more effective treatments.


“Being able to predict the evolution of cancer cells could be crucial to tailoring treatments that will target them effectively,” said Siv Sivaloganathan, a professor and chair of the department of applied mathematics at Waterloo. “It may also help avoid the drug-induced resistance known to develop in many cancers. In addition to predicting the behavior of cancer cells, this mathematical framework can also be applied more generally to other areas, including population genetics and ecology.”

The two researchers, Kohandel and Sivaloganathan, worked in collaboration with Ali Madihpour Shirayeha and Kamran Kaveh who are doing their graduate and post-graduate work at Waterloo. Their study builds on cancer research advances occurring within the past decade. They hope to bring forth more detailed knowledge of how cancer cells evolve and what role tumor cells have in the progression of various cancers. Their study was published in the journal PLoS ONE.