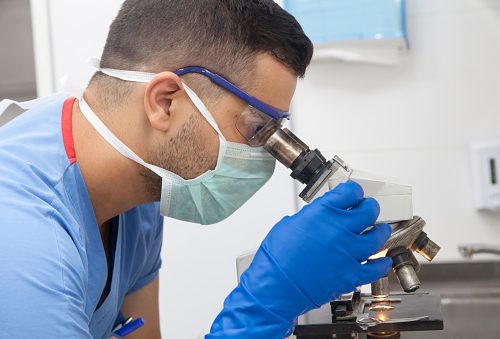 Chemotherapy and radiation therapy are two of the most widely used methods of combatting cancer cells. They work by breaking DNA inside the cancer cells to inhibit their growth and ability to spread. This is a very effective form of treatment, as cancer cells—by definition—are cells that grow and divide faster than the normal cells around them.

Cancer treatment is not perfect and can fail to be useful in some cases. Treatment can fail when the cancer has evolved to a point where it’s developed a resistance to commonly used cancer treatments, helping it survive.

New research into experimental cancer-fighting strategies has discovered a method that has proven effective at killing cancer stem cells in a lab. An antibiotic called doxycycline followed by doses of vitamin C (ascorbic acid) was an effective combination for killing cancer stem cells. The researchers even predict that their method can help prevent cancer cells from becoming treatment resistant, and it may even be able to overcome treatment-resistant cancer cells.

“We now know that a proportion of cancer cells escape chemotherapy and develop drug resistance; we established this new strategy to find out how they do it.” said Professor Michael Lisanti who designed the study.

These “runaway cells” were found to be metabolically flexible—meaning they could switch their fuel source. The researchers hypothesized that since drug treatment reduces the availability of a particular nutrient, the cancer cells would feed on an alternative energy source—the cancer cells change their diet.
However, this new treatment method that uses a combination approach prevents the diet change. This leads the cancers cells to become deprived of nutrients, effectively starving them until they die. This is achieved by preventing cancer cells from using any other available types of biofuels.

“This is further evidence that vitamin C and other non-toxic compounds may have a role to play in the fight against cancer. Our results indicate it is a promising agent for clinical trials, and as an add-on to more conventional therapies, to prevent tumor recurrence, further disease progression, and metastasis,” Professor Lisanti added.