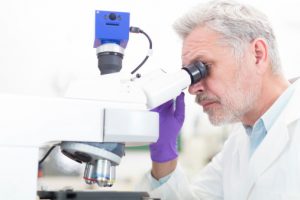 Cancer is a broad term referring to many diseases that are characterized by the development of abnormal cells dividing uncontrollably. These cells can invade and destroy normal tissue, leading to cancer spread and the development of typical cancer-related symptoms. A lot of research is devoted to finding an effective remedy for this affliction. New findings have discovered a biochemical process responsible for cancer spread as well as two existing drugs to disrupt this process.

An estimated 1,685,210 new cases of cancer were diagnosed in the U.S. in 2016, and nearly 600,000 of them died from the disease. About 90 percent of all cancer deaths are due to metastasis or cancer spread, which is why the identification of this biochemical process could mean improved prognoses for thousands of suffering patients.

“We found that it was not the overall size of a primary tumor that caused cancer cells to spread, but how tightly those cells are jammed together when they break away from the tumor. At a fundamental level, we found that cell density is very important in triggering metastasis. It’s like waiting for a table in a severely overcrowded restaurant and then getting a message that says you need to take your appetite elsewhere,” said lead author Hasini Jayatilaka, a postdoctoral fellow at Johns Hopkins’ Physical Sciences-Oncology Center.

While preliminary tests have only been carried out in animal studies, the research team was able to successfully stop this microscopic cancer cell spread by using a mix of two medications.

This marks the first time that medications are being used to help stop the progression of metastasis. Most commonly used cancer therapies focus on treating cancer itself and treat metastasis as more of a complication or by-product of tumor growth.

The team made their discovery by finding two key drivers for metastasis: cancer cells ability to rapidly reproduce and their ability to move through surrounding tissue until they reach the blood stream, enabling them to travel to other parts of the body.

By studying these concepts in more detail, they were able to determine how these activities begin, discovering two types of cancer cells. One promoted the crowded conditions in their testing and the other secreted certain proteins that encouraged cancer cell migration.

“IL-6 and IL-8 seem to deliver a message to cancer cells, telling them to move away from the densely populated primary tumor,” said Jayatilaka.

Two existing drugs—Tocilizumab and Reparaxin—were found to successfully block this activity when used together. However, primary tumor growth was not stopped, but instead, a significant reduction in the spread of cancer cells was appreciated.

Nano-drugs may be a better alternative for cancer treatment