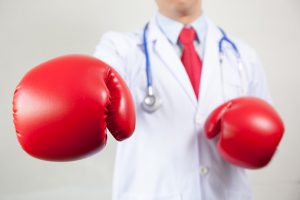 Cancer is a word nobody wants to hear from the doctor. The term refers to a number of diseases that can affect virtually any part of the body and is characterized by the development of abnormal cells that divide uncontrollably. The problem with this is that these cells have the ability to spread and destroy normal body tissue.

It is among the leading causes of death worldwide. In 2016, an estimated 1.6 million new cancers were diagnosed in the U.S. alone, and about 600,000 a year lost their lives as a result.

The way cancer affects the body has been described as The Warburg Effect, which is when cells consume glucose as an energy source for survival. This is a phenomenon that has been known by scientists for a long time, but it hasn’t been known how to take advantage of it until now.

Researchers at Duke Cancer Institute have discovered the wiring system that cancer cells used during carbohydrate metabolism. More amazingly is that they also identified a natural compound that stops this process, as found in early lab studies.

“The Warburg Effect has been known for decades, but the underlying mechanisms are not well understood. We started with the idea that if you understand how it works, you should be better able to control it, and we think we might have some insight on that, as well,” said Jason Locasale, assistant professor in the Department of Pharmacology & Cancer Biology at Duke and senior author of a study.

The researchers were determined to find out how cancer cells metabolism changed so dramatically from that of normal cells. Normally, the cells of a normal person use oxygen to break down sugar as an energy source. Cancer cells on the other hand use fermentation, which is considerably less efficient, using more sugar, robbing normal cells of it.


Identifying the cause and finding a way to stop it

Particular points of the carbohydrate metabolism of cancer cells were found to be controlled differently in cells undergoing the Warburg Effect. The researchers measured an enzyme the controls the rate in which glucose is processed in cancer cells, identified as GAPDH.

Certain cancers were found to either a strong, weak or absent Warburg Effect, which this newly identified enzyme helping to develop a predictive model to measure this its influence. Those cancers found to have a particularly strong Warburg effect could potentially be more susceptible to therapies that target the process.

The next step for researchers was to find a compound that could block the GAPDH enzyme. They identified a natural molecule called koningic acid (KA), which was found to indeed inhibit the enzyme helping to reduce cancer cell glucose consumption and leaving normal cells alone.

“These findings not only show that KA’s efficacy is linked to the quantitative extent of the Warburg Effect, but that this also provides a therapeutic window. This could provide another way to attack cancer beyond the genetic makeup of the tumor. That’s encouraging,” Locasale said.

Related: Nano-drugs may be a better alternative for cancer treatment