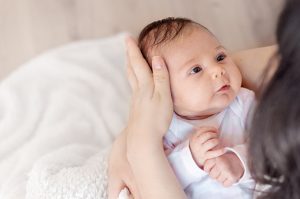 Women who have just given birth must make a choice early on: should they choose to breastfeed their baby, or strictly bottle feed. Both are considered valid healthy options, with the decision being a purely personal choice.

While many will argue that breastfeeding is the best choice, baby formula has some vitamins and nutrients that can’t be found in breast milk. But on the flip side, breast milk is known to boost your baby’s immunity.

Besides the beneficial effects of either food source, a 10-year-long study has found that women who breastfeed their children longer have more maternal sensitivity, even years after the child has been weened.

Maternal sensitivity is defined as a mother’s ability to read her child’s cues, her flexibility in her behavior, her emotional tone, and the synchronous timing of a mother’s responsiveness to her child.

Studying families for many years

The study in question analyzed data from 1,272 families who participated in the National Institute of Child Health and Human Development’s Study of Early Child Care. This study began in 1991 and collected information when children were infants until they reached the age of 15. Less educated parents and ethnic minority families were also included in the study.

It was found that fewer than one percent of women breastfed for 24 months and 29 percent didn’t breastfeed at all. The average breastfeeding length was 17 weeks. All participants were assessed by completing a home interview.

In addition to this statistic, parents were also tasked to interact with their children using age-appropriate problem-solving tasks. These included things like playing with a set of toys or completing a maze, with each task tailored appropriately for age. When the children reached fifth grade, mothers were encouraged to talk to their child about areas of possible disagreement and also build a tower out of toothpicks with them.


After obtaining this data, researchers would then rate the quality of collaborative interaction, which included the mother’s level of hostility, support, and respect for her child’s autonomy.

Breastfeeding is a way to increase bond

The study showed that mothers who breastfed their child longer displayed more maternal sensitivity, despite maternal neuroticism, parenting attitudes, ethnicity, mother’s education, or presence of a romantic partner. However, the researchers stress that breastfeeding may only be one way a mother strengthens bonds with her child and that this study was not meant to diminish bonding experiences of women who are not able to breastfeed.

“Ultimately, I do hope that we will see breastfeeding examined more closely as a parenting factor, not just as a health consideration, to allow us to more fully understand the role that breastfeeding plays in family life,” said Weaver.