Home » General Health » Oral Care » Low libido? It could be this… 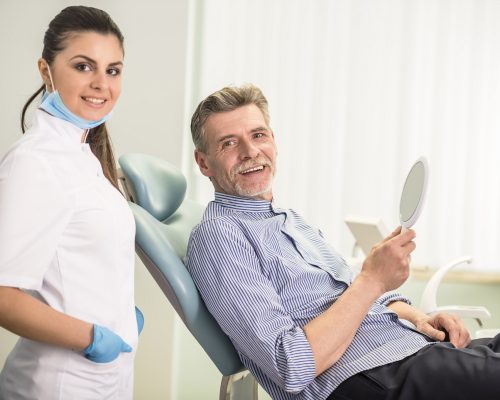 There are many factors that can contribute to low libido, including stress, fatigue, heart disease, and even mental illness. These factors are well known and there are often simple solutions to fix them. But research has shown a more surprising cause of low libido you may not have considered before. The good news is, it can also be easily fixed, giving your libido a boost once again.

In the Turkish study, men with severe gum disease (periodontal disease) were over three times more likely to suffer from erection problems, compared to men with healthy gums. The researchers found that among men with erectile dysfunction, 53 percent also had inflamed gums, compared to only 23 percent without signs of gum disease.

The link between gum disease and erectile dysfunction has to do with vascular health. When the brain senses sexual stimulation, the muscles in the penis relax increasing the blood flow to the area. The veins are then shut off, allowing the blood to stay there, thus keeping the erection.
Gum disease can reduce the elasticity of the endothelial lining of blood vessels – which is linked to erectile dysfunction.

Dr. Bruce Gilbert, a professor of urology at Hofstra North Shore-LIJ School of Medicine, added, “Periodontal disease might be associated with other underlying disease, but erectile dysfunction? I would strongly disagree. It’s not a causative condition. But I would say that the study results implore us to consider that diseases of the mouth are something to consider when we assess the overall health of the body.”

If you’ve been skipping dental appointments and have been noticing changes in your bedroom performance, you may want to book an appointment with your dentist first to see what is going on with your oral health. Remember, it’s important to brush and floss regularly, not only for your teeth and gums, but for your overall health as well.

A common bacterium has been found in both gum disease and heart disease, which means a person’s heart can become affected if they have periodontal disease. A research team from Örebro University in Sweden uncovered the bacteria – Porphyromonas gingivalis (or P. gingivalis) – which is found in both periodontal disease and heart disease. Continue reading…

Mortality in kidney disease patients has been found to increase with severe gum disease. The findings add to the piling evidence that poor oral hygiene is associated with negative health outcomes. The researchers explored data from 13,700 Americans who took part in a government health survey. They uncovered that the 10-year death rate among chronic kidney disease patients was 41 percent higher in those with severe gum disease, compared to only 32 percent without gum disease. Continue reading…