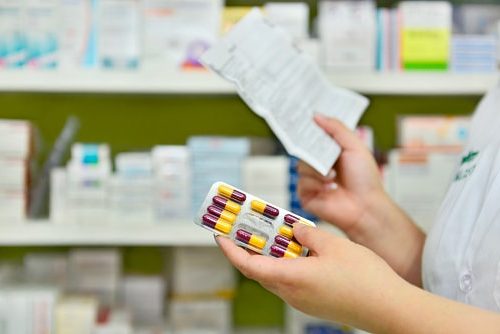 Several studies have found the use of antibiotics to have negative effects on different bodily systems. One collaborative study between Tulane University School of Public Health and Tropical Medicine and Harvard T.H. Chan School of Public Health observed 37,510 women aged 60 years and older. The study’s focus was on the effects of antibiotics on women’s risk of developing heart disease. The women showed no signs of cardiac disease or cancer at the beginning of the study.

The women were classified based on their antibiotic use: none, for less than 15 days, for 15 days to less than two months, or for two or more months. The participants were followed for eight years.

The results were dependent on the length of time the women took the antibiotics for. Those who took the medication for two months or longer showed a 27 percent increased risk of death by all examined causes. This length of antibiotic use was also found to increase the risk of cardiovascular death by 58 percent. The results were consistent regardless of the participants’ lifestyle factors, dietary habits, obesity, and other medication use.

“Although we observed a notable association between long-term antibiotic use and risk of death, it isn’t yet clear whether the long-term antibiotic use is the specific cause of the association. For example, women who reported antibiotic use might be sicker in other unmeasured ways,” said Lu Qi, author of the study. “These results, however, contribute to a better understanding of risk factors for all-cause and cardiovascular death. We now have good evidence that people who take antibiotics for long periods during adulthood may be a high-risk group to target for risk-factor modification to prevent heart disease and death.”

A more recent study has also shown a link between antibiotic use and increased risk of aortic disease. This study examined fluoroquinolones specifically, a type of antibiotic often prescribed to treat bacterial infections. The researchers examined the results of 360,088 people treated with fluoroquinolones and compared them to an equal number of participants treated with a different type of antibiotic, amoxicillin.

The results showed an alarming 66 percent increase in the risk of developing aortic disease in the participants taking the fluoroquinolones. “One of the factors involved in the development of aortic disease is increased activity in tissue-degrading enzymes known as matrix metalloproteinases,” explains the researchers. “We know that fluoroquinolones induce the activity of these enzymes, which is also thought to underlie the more well-known adverse effect of tendon pain and rupture.”

Another study has shown antibiotics to have adverse effects on the health of the microbiome that lives in our gut. Even from early stages of treatment with antibiotics, the researchers found that the medication can alter the metabolic relationship that the digestive tract has with the gut’s flora (colony of healthy bacteria which helps the body to digest and break down certain food byproducts). They claimed that some of the changes to the symbiosis were permanent.

More specifically, the results of the study showed signs that when treated with antibiotics, a patient’s gut flora has less ability to absorb iron, digest certain foods, and produce essential molecules. Interestingly, the results also showed that certain bacteria in the flora which were mostly inactive before treatment became more active after the administration of the antibiotics. Ultimately, all these studies indicate a need for patients and their doctors to understand individual needs when it comes to antibiotics and understand the risks associated with them.