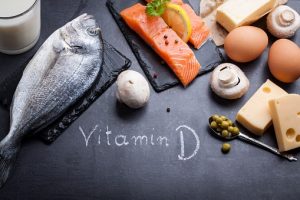 A new study has found an increased risk of metabolic syndrome (MetS) in postmenopausal women who are deficient in vitamin D. The syndrome is estimated to affect 50 percent of women over the age of 50.

The study used 463 women as participants between the ages of 45 and 75. They were all postmenopausal and were monitored for two years. Metabolic syndrome was detected in 57.8 percent of women in the study who were diagnosed with vitamin D deficiency and in only 39.8 percent of the women who were not.

“We measured the participants’ blood vitamin D levels and also analyzed parameters indicating MetS. We found that the lower the level of blood vitamin D, the greater the occurrence of MetS. The results suggest that supplementing and maintaining adequate levels of vitamin D in postmenopausal women can reduce the risk of disease,” said Eliana Aguiar Petri Nahas, one of the authors of the study.

Although several mechanisms exist that could explain the connection between vitamin D and prevalence of MetS, the researchers believe the correlation results from vitamin D’s relation to insulin production, which also plays a role in the development of MetS. “The vitamin D receptor is expressed in insulin-secreting pancreatic beta cells and in peripheral target tissues such as skeletal muscle and adipose tissue. Vitamin D deficiency can compromise the capacity of beta cells to convert pro-insulin to insulin,” wrote the researchers.

The age of those in question is another factor that affects vitamin D deficiency. “Exposure to the sun activates a sort of pre-vitamin D in the adipose tissue under the skin,” said Nahas. “Aging leads not just to loss of muscle mass but also to changes in body composition, and this pre-vitamin D is lost. That’s why older people produce less vitamin D even if they get plenty of sunlight.”

“More studies are required in order to make these important associations in terms of the effects of supplementation on cardiometabolic syndrome, the immune and inflammatory mechanisms of cardiovascular disease in postmenopausal women, and their quality of life,” Nahas said. The way she sees it, women who are postmenopausal require more specific care and deserve to have access to it. “Hypovitaminosis can have repercussions, be it on breast cancer, vascular disease or metabolic syndrome,” she said.

The researchers concluded by saying, “In the present study, an association was observed between VD deficiency and MetS in postmenopausal women. Women with VD deficiency had a higher risk of MetS, hypertriglyceridemia and low HDL than those with adequate levels. These results suggest that the maintenance of adequate serum levels of [vitamin D] in postmenopausal women may reduce the risk of developing MetS, a condition that is known to be related to cardiovascular events and mortality in this group.”

Postmenopausal women should consult their physicians to determine the correct levels of vitamin D that they require and how to ensure they get it. For now, we can hope that future studies will result in more specific guidelines to getting vitamin D.