Home » Bone Health » Where You Live Could Be Hurting Your Bones 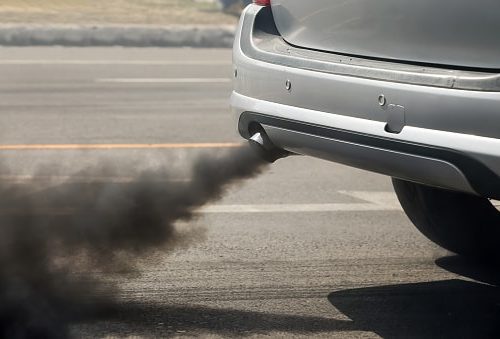 Risk factors for osteoporosis include being a female, being over the age of 50, smoking, caffeine intake, lack of exercise, a diet lacking vitamin D and calcium, and consuming alcohol. But did you know where you live could also play a role in your risk of osteoporosis?

If you live in a busy city, you are more likely to develop osteoporosis compared to those who live in the suburbs or rural areas. Why? Because cities tend to have higher pollution.

A study published in The Lancet Planetary Health found that pollution could increase the risk of brittle bones and osteoporosis.

The researchers reviewed hospital admission data of over 9.2 million Medicare participants between 2003 and 2010. The researchers found that even the slightest increase in particulate matter in the air could increase the risk of brittle bones among seniors. The biggest effects were seen among those living in lower-income households.

Additionally, eight-year follow-up data from 692 middle-aged, low-income adults part of the Boston Area Community Health/Bone Survey revealed those living in areas with the highest particulate matter and black carbon in the air had lower levels of calcium and bone-related hormone along with a greater decrease in bone density compared to those exposed to lower levels of pollution.

Additional research is required to validate the findings but so far this is the first of its kind to uncover a link between pollution and lower bone density.

Although the link between bone health and pollution isn’t fully understood, the researchers believe it may be a similar link to what is found in smokers and osteoporosis. Smoking reduces bone hormones and bone density along with bone fractures.

Although it’s incredibly difficult to completely avoid pollution, study author Diddier Prada has some suggestions to reduce your exposure. He said, “People should use personal air filters, but we are convinced that the best solution is working on clean air policies, reducing particulate air pollution concentrations and annual average limits, which will be reflected in better human health and reduced costs in health care.” Another trick may be to slow down when running and biking outdoors as so your lungs don’t take in as much polluted air.

It’s also important that you work to protect your bones and keep them strong. To do this, you should eat healthily, get outdoors to take in vitamin D, exercise regularly, not smoke, avoid or limit caffeine and alcohol, talk to your doctor and know your risk of osteoporosis, and get screened.

Where you live can be a source of anxiety

Where you live could be putting your memory at risk