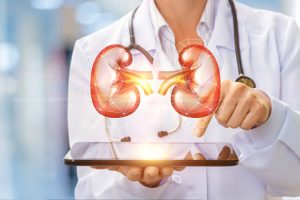 In places with a dense population of people like a big city, increases in air population levels are expected. Cars, power plants, and even landfills of garbage all produce harmful substances that disperse into the air and potentially into your lungs.

It is already known that air pollution is linked to major health conditions such as asthma, heart disease, stroke, and even cancer. According to new research from Washington University School of Medicine in St. Louis, kidney disease should now be added this list.

According to the department of environmental protection, air pollution can be harmful to our health in high concentrations. Factors such as urban smog, particle pollution, and toxic pollutants that millions of Americans expose themselves to can eventually manifest into serious health concerns. With enough exposure to this element of pollution, individuals may experience:

Long-term exposure may be even more detrimental to our health, as over time, damage to the immune, neurological, reproductive, and respiratory systems can leave individuals with chronic debilitating conditions. Cancer developmental is also a risk of long-term air pollution exposure.

In collaboration with scientists at the Veterans Affairs’ Clinical Epidemiology Center, the team evaluated the effect of air pollution on kidney disease on nearly 2.5 million people over a period of 8.5 years. Air quality during this time was assessed using data collected by the Environmental Protection Agency (EPA) as well as the National Aeronautics and Space Administration (NASA).

Their findings suggest that 44,793 new cases of kidney disease and 2,438 new cases of kidney failure may have been attributed to air pollution levels that exceeded EPA’s threshold of 12 micrograms per cubic meter of air.
This threshold is the highest level of air pollution that is considered safe for inhalation by the public. This limit was set by the Clean Air Act of 1990 and updated in 2012.

Our kidney’s job is to filter out waste and fine particles in the bloodstream. Our lungs do a similar action with the air we breathe. Airborne microscopic dust, dirt, smoke, soot, and liquid droplets have been known to invade the bloodstream, leading to organ destruction, and it now shows evidence of disrupting normal kidney function.

“In our analyses, the risk of chronic kidney disease and its progression was most pronounced at the highest levels of fine particulate matter concentration. This suggests further study is needed for a broader assessment of the global burden of kidney disease attributable to air pollution,” Al-Aly said.