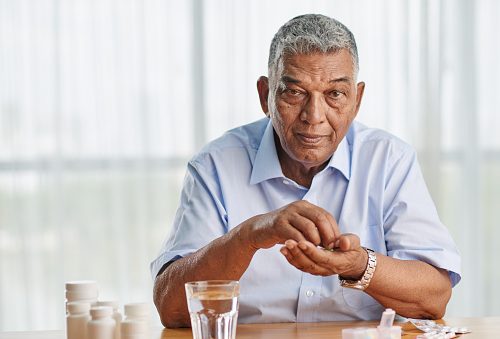 Those who live in the city know all too well that living in a densely-populated area brings with it a ton of air pollution. Industrial factories, cars, and power plants burning fossil fuels all contribute to the increase of air pollution in our environment, putting people at risk. However, a new study suggests that your daily vitamin may be helping your body fight against these pollutants.

Multiple studies in the past have proven that as little as two hours of exposure to concentrated air pollution has negative effects on heart rate and the level of infection in the body. Cancer is also among the threats of air pollution, as several million people around the globe have died due to direct or indirect exposure to cancer-causing agents. Pollution has a negative effect on the environment and the wildlife, not to mention the ever-growing concern of global warming.

With all these things in mind, there is no doubt that pollution is something we can all do without, but that is easier said than done. However, there is some positive news coming from a small study purporting that the use of a daily vitamin B supplement might counteract the effects of lowered white blood cells and negative heart effects caused by pollution.

“These effects are nearly reversed with four-week B-vitamin supplementation,” according to study co-author Dr. Andrea Baccarelli.

The study in question involved 10 healthy non-smokers, aged 18 to 60. They were given a placebo for four weeks before being exposed to fine particulate (microscopic specks) air pollution for two hours. This size of air pollution particles was chosen because they are smaller and potentially the most dangerous, as they have the potential to penetrate the deep tissue of the lung and adjacent bloodstream. This type of exposure can promote the travel of harmful agents to various organs throughout the body, causing inflammation and negative effects to cardiovascular health.
“Populations exposed to high particulate-associated air pollution have increased heart attacks, lung cancer, DNA mutations, and premature births and deaths,” said Dr. Alan Mensch, senior vice president of medical affairs at Northwell Heath’s Plainview Hospital in Plainview, NY.

Dr. Mensch went on to say that although this study showed some positive results, it included only a small sample of participants and may not be applicable to an entire population. He stresses that the prevention and reduction of air pollution itself should be prioritized over methods to prevent its harmful effects.

The reason the B vitamin has this effect is unclear and definitely warrants more research.

Related: Air pollution may cause dementia in women