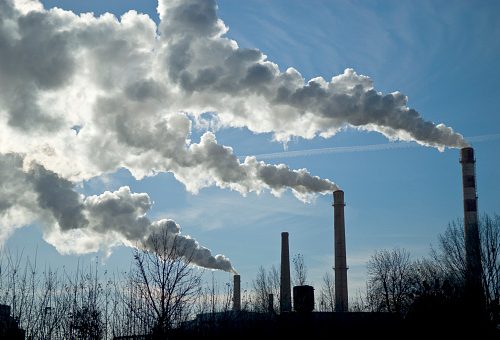 Research led by the University of Southern California is showing that air pollution may significantly increase the risk of developing dementia and Alzheimer’s disease, particularly in older women. The team of scientists and engineers discovered that older women who live in areas with air pollution that exceeds the U.S. Environmental Protection Agency’s standard have an 81 percent higher risk for global cognitive decline, as well as a 91 percent higher risk of developing dementia, including Alzheimer’s.

Professor Caleb Finch described the process of how pollution affects the brain, explaining “Microscopic particles generated by fossil fuels get into out body directly through the nose into the brain. Cells in the brain treat these particles as invaders and react with inflammatory responses, which over the course of time appear to exacerbate and promote Alzheimer’s disease.” The damage causing pollutants, known as PM2.5, are tiny, inhalable particles that are approximately 2.5 micrometers in diameter or smaller.

To examine the connection between pollution and dementia, researchers reviewed information gathered for the Women’s Health Initiative Memory Study and used data from 3,647 women between the ages of 65 and 79 who did not have dementia at the time of enrollment.

These women lived across 48 states, and the sample was corrected for any potential biases such as geographic region, race or ethnic background, education, socioeconomic status, lifestyle, and medical conditions. They found that participants who live in areas with pollution that exceeded the Environmental Protection Agency’s standards showed an increased risk of developing cognitive decline, dementia, and Alzheimer’s.
Researchers also utilized lab experiments that involved repeatedly exposing female mice with the APOE4 gene—a risk factor for the development of Alzheimer’s—to the pollution molecules over the course of 15 weeks. These mice displayed a 60 percent increase of amyloid plaque—the damaging protein fragment clusters that encourage the progression of Alzheimer’s.

The damaging effects found in both humans and mice show that an excess of air pollution could be linked to the progression of cognitive degeneration and dementia. Researchers have acknowledged that this is a global issue, as pollution is almost everywhere and prolonged exposure to these nanoparticles could be responsible for the development of approximately 21 percent of dementia cases if these results translate to the general population.