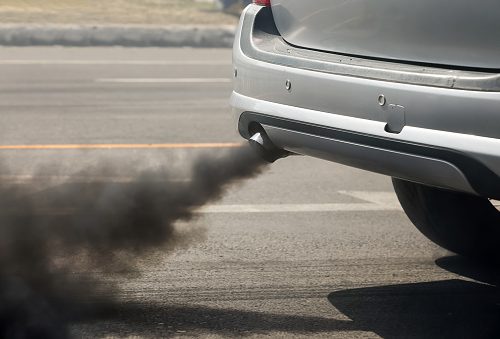 Cars are one of our greatest inventions. They allow us to travel far distances in relative comfort and give us the thrill of driving at high speeds. While cars are one of the reasons we as a species are thriving, they do have a lot of accompanying dangers. An immediate threat is a risk of bystanders being struck and dying, and then there’s the long-term risk of cars’ contribution to global pollution. A new study has now reported that pollution spewed by diesel gas cars specifically lead to heart damage.

Diesel is a common alternative to unleaded gasoline used by the majority of cars in the United States. While each gas type has their pros and cons, both are combustible substances that serve to power an engine. This comes at the cost of exhaust, which leaves your vehicle and enters our atmosphere as well as our bodies when inhaled.

A study was carried out to measure the impact that diesel engines pose on the human body.

“There is strong evidence that particulate matter emitted mainly from diesel road vehicles is associated with increased risk of heart attack, heart failure, and death,” said lead author Dr. Nay Aung, a cardiologist and research fellow at the Queen Mary University of London.

The study in question gathered and reviewed data from more than 4,200 participants in the UK. Each one had undergone an MRI of the heart. Average diesel pollution exposure was also calculated for each participant based on their home address.

More troubling is that this inflammation led the size of the heart to increase, which impaired its function. When both inflammation and heart enlargement are seen together, they are associated with increased illness and death from heart disease.

This is a serious health concern and one that researchers are doing everything in their power to bring more attention to.

“Avoid times and places where there is a high level of pollution. If you want to cycle into work and there is heavy traffic around that time, then try to find a quieter route. Walk on the part of the pavement furthest from cars to reduce the amount of pollution you breathe in,” said Dr. Aung.