Home » General Health » Urgent Care » Is it Too Late for Your Liver? 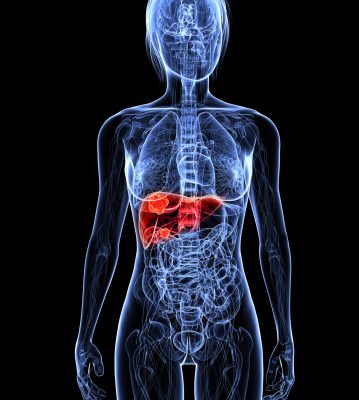 The liver is one of the major organs of the body that is responsible for the removal of toxins that may be present in the body.  Organ damage in the form of cirrhosis generally occurs when an individual is engaged in excessive alcohol consumption, mainly through the destruction of cells.  Every human being cannot survive without a liver and thus it is important to include this organ in designing health tips on preventing damage to the body.  Health organizations have always included the regulation of alcohol consumption in their health tips.

It is unfortunate to learn that damage to liver may be quite difficult to treat, especially when an individual has been recommended to undergo dialysis for the removal of toxins in the body.  Dialysis is often performed when the liver and kidneys are unable to perform its normal functions.  The life span of an individual may also be shortened when one’s liver has been diagnosed to carry some form of damage.  Health tips thus often include the consumption of nutritious food items and avoiding alcohol consumption.

The Medical Report on Liver Damage

According to a recent medical report published in the Journal of Applied Toxicology, the use of carbon monoxide has shown promising results in preventing further damage to the liver.  In addition, the use of the carbon monoxide may also reverse the extent of damage observed in this organ.  Using mice as animal models for this disease scenario, the investigators of the study introduced d-galactosamine and lipopolysaccharide to induce damage to the liver, similar to that observed in humans with liver disease.  The researchers then injected 15 ml/kg of carbon monoxide into the abdomen of the mice, with a second dose of 8 ml/kg administered 6 hours later.  The amount of carbon monoxide introduced into the mice resulted in an increase in the carboxyhemoglobin levels in the blood.  A control group of mice that did not receive any carbon monoxide injections to the abdomen were also included in the study.

After the appropriate treatment time, the mice were then sacrificed and the liver was then analyzed for changes in cellular and tissue structure.  The features of these organs were compared to that of the control group and any differences were assumed to be attributable to the carbon monoxide injections.

The proponents of the study explained that carbon monoxide helps the body in generating a response against inflammation and the presence of free radicals that are produced during cellular damage.  The investigators are theorized that carbon monoxide has a protective effect on cells, allowing these to prevent cell death, which is technically known as apoptosis.

This recent medical report presents promising results that may potentially serve as a treatment of cellular damage to specific organs of the body.  Although the treatment approach may seem bizarre, future studies may find ways in introducing carbon monoxide using a less invasive approach.  Since carbon monoxide is considered as a natural gas, it may be possible to administer this reagent through inhalation, instead of injecting it into the abdomen.  However, there will also be need to further examine the safety and ethical issues that may be associated with its use on human subjects.  For the meantime, it will always be helpful to regulate the amount of alcohol consumption in the list of general health tips to attain a fully functioning body.