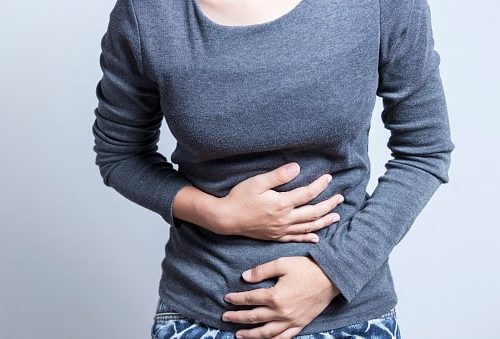 If you have abdominal pain and frequent bowel movements, you might have irritable bowel syndrome with diarrhea, commonly called IBS-D. This can be uncomfortable physically and emotionally due to the discomfort and sudden urges to use the bathroom. Currently, there is no known cure for IBS-D, but there are treatments that can improve some of the symptoms, as well as lifestyle adjustments that can help.

Irritable bowel syndrome (IBS) is the most common functional gastrointestinal (GI) disorder. It is believed that worldwide, 10 to 15 percent of the population experiences some form of the disorder.

What Are the Causes of Irritable Bowel Syndrome with Diarrhea?

Before we address what causes irritable bowel syndrome with diarrhea, it’s worth pointing out that some people who have IBS get constipation while others alternate between constipation and diarrhea. Here, we focus on what causes IBS-D.

While we can’t say exactly what causes IBS-D, we do know from collecting data for many years that women tend to get this GI problem more than men and it seems to be more prevalent in people under the age of 50. If someone in your family suffers from IBS or IBS-D, it increases your chances of getting it.

When someone is suffering from irritable bowel syndrome, their colon is sensitive and can react to stress, bacteria, and certain foods. We know that the brain plays a role in IBS and may be responding too much to certain signals that help control the colon.

Basically, the intestines of someone with IBS-D squeeze too hard and make food move really fast through the digestive system, leading to pain, gas, and diarrhea.

Doctors are currently investigating a number of different possible causes for IBS and IBS-D, including those listed below.

People who have been diagnosed with IBS-D usually experience a few common symptoms, which are triggered at various times. Symptoms of irritable bowel syndrome with diarrhea can be troubling not only because they are uncomfortable, but also because they can interfere with daily life.

Sufferers often scope out the closest washroom whenever they leave the house. In some cases, IBS–D sufferers avoid going out in public when they are experiencing a flare-up.

Here are some common IBS-D symptoms:

Also read: What causes a change in bowel habits?

There is no single test that tells a doctor that you have IBS-D. Physicians look at symptoms and medical history. If you have had abdominal pain and other IBS-D symptoms for at least three months, the disorder may be suspected.

In most cases, diagnosis involves ruling out other possibilities, such as gastrointestinal cancer or celiac disease, which is a condition whereby the small intestine is hypersensitive to gluten. Blood tests can check for celiac disease and a colonoscopy can be used to determine if there are any abnormal growths or signs of cancer.

There are different approaches in terms of treatment for irritable bowel syndrome with diarrhea. If you have IBS-D, the effectiveness of treatment will largely depend on what seems to trigger your symptoms. The following are typical IBS-D treatment options:

Aside from these approaches, some people with IBS-D find that regular exercise, getting enough sleep, and eating a balanced diet goes a long way in keeping their symptoms at bay.

Also read: 14 essential oils for diarrhea and various ways to use them

An IBS-D diet doesn’t necessarily mean that you have to completely give up all the foods you enjoy. Most GI experts will tell you that moderation is really important. Depriving yourself by avoiding certain food groups can lead to a lack of nutrition.

Diet for irritable bowel syndrome with diarrhea will be a little different for each sufferer, but there are some basic guidelines that tend to help the majority of people.

How you eat can also cause problems if you have IBS-D. For example, some individuals find that foods at extreme temperatures, such as ice-cold water or really hot soup, trigger symptoms. A lot of IBS sufferers have also reported that their symptoms appear after eating a large meal. Some doctors tell their IBS patients to try eating four or five small meals each day instead of three large.

Irritable bowel syndrome with diarrhea usually causes long-term symptoms; however, the symptoms do come and go. Sufferers can have long periods without symptoms or go through years with mild symptoms. There are also cases where with proper care and treatment, symptoms clear up for good.