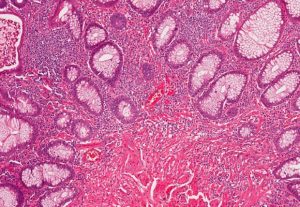 There are many things that go into making up our stool, like water, bile, indigestible food, and bacteria. But should mucus be found in stool as well? Mucus is a jelly that can be found in the body and intestines. It is used in the body as lubrication and reduces damage caused by stomach acid. Our stool may contain small amounts of mucus as it gets picked up through the intestines.

We commonly notice mucus when we’re sick. We cough it up or blow it out through our noses when we have a cold or flu. Its color can indicate the type of illness—virus or bacteria.

When is mucus in stool normal?

Mucus is a slippery, naturally occurring substance that lines many cavities in the body. Often times, mucus is not visible to the naked eye, but it is found in many secretions of the body. Mucus is produced by cells found in the mucous membranes of the digestive system. It’s also found in other organs that require their top most cellular layer (the epithelium) to be kept moist. Mucus also serves as a layer of defense, helping prevent harmful germs from entering the body.

It can be found in the nose, throat, lips, ears, eyelids, genital tract, anus, and intestines. It serves to help trap bacteria, viruses, and fungi. It also contains antiseptic enzymes that help kill foreign invaders. Mucus also serves as lubrication for these orifices, preventing them from drying out and cracking, which would leave them vulnerable to attack. Mucus in the digestive track helps stool pass through the gut with ease.

Having mucus in the body is an absolute necessity, but overproduction could signal that there is a problem with the body. Too much mucus in stool can be a sign of digestive problems stemming from bacteria overgrowth or issues with digestive enzymes. While this sign of increased mucus is not harmful in itself, it can be used as a clue to find a more precise diagnosis.

What causes mucus in stool?

Diagnosing and treating mucus in stool

Having increased amounts of mucus in the stool is a very non-specific symptom, as many conditions or even normal physiology may lead to it. Often, when increased levels of mucus in the stool is found, your doctor will try to find the underlying reason why. By taking a complete history of your presenting symptoms, and full picture of your current situation can be assessed, leading to an accurate diagnosis.

After performing a physical exam, your doctor may want to do some testing. This will give a more definitive look at your basic physical health and a better understanding of what may be going on in your digestive system. These tests may include:

Often, clues from these diagnostic tests will lead to a diagnosis and proper treatment. If the reasoning’s for your particular case of mucus in the stool is still uncertain, additional tests may be ordered.

When we’re sick, we often notice a large buildup of mucus. Food can play a large role in the amount of mucus we have, so in order to minimize and reduce it, you should enjoy an anti-mucus diet. An anti-mucus diet consists of:

When ill, avoiding the above foods will ensure you don’t produce more mucus. Below are foods that decrease mucus in the body:

By combining many of these anti-mucus foods together, you can reduce the amount of mucus produced much quicker and get on track to feeling better.

What causes foul-smelling stool and how to get rid of it?